When you’re not cheating on your spouse, but are constantly accused of it 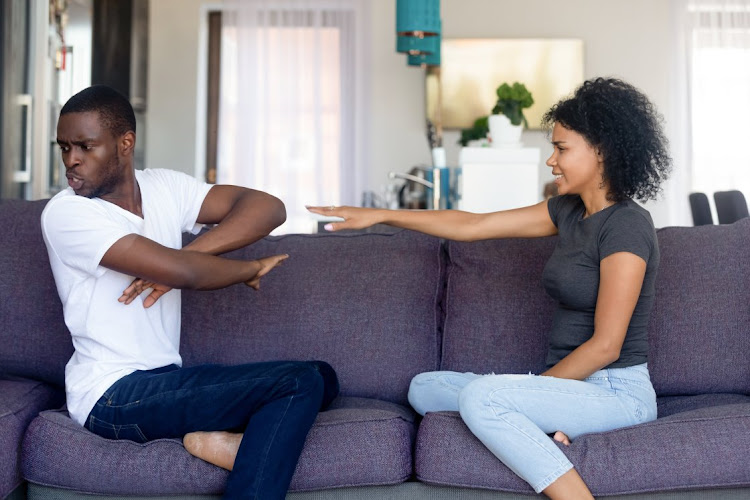 Sadly, false accusations of infidelity made in anger or even jest, initiate a downward spiral for many marriages say the writers.
Image: 123RF

Accusations of infidelity between spouses are much more common in the modern culture of social media. It’s very easy for spouses to mistake fizzling romance, lack of attention from their spouses, their own baggage and other marital problems for signs of infidelity.

Sadly, false accusations of infidelity made in anger or even jest, initiate a downward spiral for many marriages. It is very difficult to stay in a marriage where there is no trust, you walk on eggshells and you’re constantly trying to prove your faithfulness.

We know of partners that actually engaged in unfaithful behaviour due to false accusations. The self-fulfilling prophecy nature of accusing your spouse falsely of being unfaithful is not told enough. The accused decides, since they stand accused anyway even after trying to prove their innocence, to put the words into action. Then at least they’re accused of something they’re doing. Not wise, but it happens nonetheless.

To stop accusations of infidelity from ruining your marriage, you need to understand the reasons behind the accusations.

They have fear and insecurity

Based on past experiences, this is one of the main reasons why people accuse their spouses of cheating. If your spouse has been cheated on in a past relationship, they might be extremely wary and constantly on the lookout for signs of infidelity.

Maintaining your mental health in marriage is key to its success

Marriage can be the best thing that can ever happen to a couple when both of them want to be in it. We believe any couple has a 100% chance of ...
Opinion
2 months ago

Simply taking a shower after a late night out without them could be misconstrued to mean that you’ve been with someone else. This will significantly affect their ability to trust and be intimate if they haven’t resolved or healed from such hurt.

Trust and respect are some of the crucial tenets of a successful marriage. They create space for honesty and intimacy. If your spouse is someone who is very fearful about cheating because they were cheated on or they watched their parents’ relationships crumble under it, that’s about their emotional baggage, including their beliefs about relationships.

When emotional baggage is so present that it affects on someone’s ability to treat you with love, care, trust and respect on the merit of who you are, a healthy, mutual relationship isn’t going to happen.

They have abandonment issues

Tied to trust issues are offshoots of traumas associated with abandonment issues from your spouse’s formative years. Your spouse might even believe that sooner or later, you too — like someone in their childhood — will leave.

And they lash out in this way. Fear of abandonment is a type of anxiety, and some of the symptoms include shallow relationships, inability to maintain bonds, and the need for constant reassurance.

This could be tedious in marriage and could cause you to become impatient. Furthermore, it is not uncommon for them to act in ways that would sabotage their marriage which is a way of reinforcing their belief that everyone will leave them.

People with irregular mental conditions tend to form a supposed truth out of nothing that exists. Human beings have the tendency to draw a false belief from wrong inferences drawn from external events.

When this happens, your spouse may hold on to the belief that you are actually cheating and even try to piece together “evidence” to support their say, no matter how far-fetched. Being delusional may be as a result of a mental condition or depression. For instance, if your husband is one that feels easily depressed and he suddenly suffers a setback in his career while yours is souring higher than ever, his state of mind may make him delusional.

Repairing your marriage should always start at the root of problem

The difference between happy and unhappy couples is not that happy couples don’t make mistakes. We all do. All couples argue, but successful couples ...
Opinion
1 month ago

Being sensitive is a great asset if used well. But despite its usefulness, an overly sensitive spouse may make life difficult for you. Generally, their over-sensitive state will stem from false instincts.

Your spouse may accuse you of cheating when they over-analyse your say, your conversation and gestures towards others and probably invent a story to corroborate their statement.

...and your spouse finds it difficult to trust you again. It is a known fact that cheating not only hurts a partner, but it also breaks their trust, and it could be challenging to return to normal. The false accusation isn’t totally baseless. It simply means you haven’t done the work to help your spouse heal, and rebuild trust. The bulk of the work in rebuilding trust rests on your shoulders.

They’re the one cheating

Projection is when you’re taking your hidden feelings, thoughts and actions and then calling them someone else’s. For example, if your partner felt sexually attracted to someone at a party but then shoved down their feelings, including their guilt, it might seep out in them questioning whether you are having an affair or drawn to others. It’s just plain olé guilty conscience and gaslighting.

When someone is cheating, their guilty conscience makes them paranoid, leading them to assume that their spouse is doing the same. However, you should not be quick to assume that your spouse is projecting unless you have enough proof. Otherwise, your accusations would be just as bad as theirs.

An accusation of infidelity might not be based on trust, insecurity or any of those things, but simply a precursor to the end of the relationship. Your spouse might resort to accusing you as a means to escape.

It could be a sign that they want out of the marriage, but wants a “good” or socially acceptable reason for an exit, even without the proof.