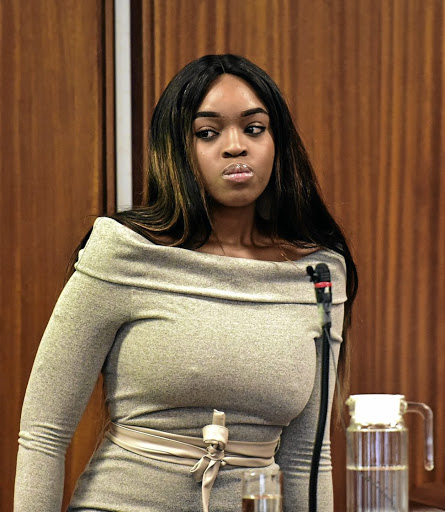 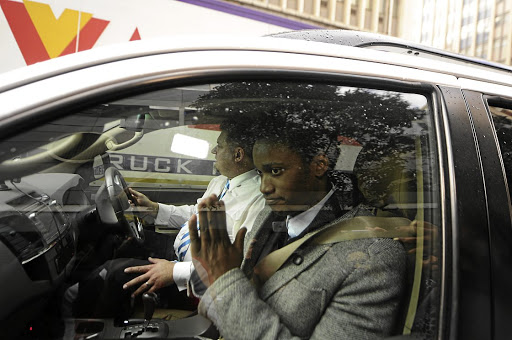 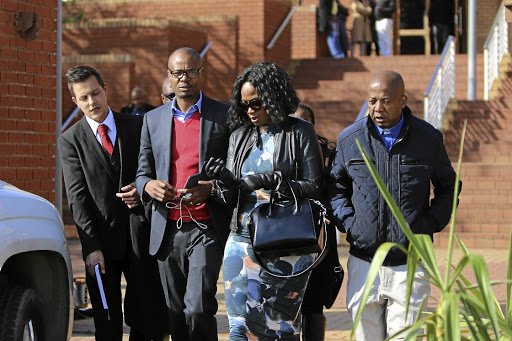 The country's courts had a very eventful year which included dealing with numerous well-known faces.

In June, 29-year-old Lesotho national Malibyane Maoeng, who was later dubbed "black widow" and "credit card lady", was arrested following the death of three of her boyfriends who were all found dead after having spent time with her.

She was charged with possession of a stolen vehicle and fraud after allegedly using her late boyfriend's credit card.

There are inquest cases under way to determine the cause of death of her boyfriends who were found with froth coming out of their mouths. It's suspected that they were poisoned.

She was denied bail and will be back in court on January 14 to begin trial.

The woman who allegedly went on a shopping spree with the credit card of Dr Godfrey Dire will also face fraud and theft charges.
News
3 years ago

The second week of July saw Duduzane Zuma, the son of former president Jacob Zuma, cause a stir after images and videos of him in leg cuffs surfaced on social media while making a brief appearance in the Specialised Commercial Crimes Court in Johannesburg.

Duduzane was charged with corruption, with an alternative charge of conspiracy to commit corruption. The case was postponed to January 24.

Three days later, he was back in court, this time in the Randburg magistrate's court on charges of culpable homicide and a count of negligent driving in connection with a 2014 accident that resulted in the deaths of two people.

Zuma had crashed into a taxi after losing control of his Porsche in Johannesburg. This matter has been postponed until February.

Former president Jacob Zuma’s son Duduzane has returned to South Africa from abroad‚ in time to attend his brother Vusi's funeral on Saturday.
News
3 years ago

July also saw radio mogul Given Mkhari and his wife Ipeleng, appear in the Randburg magistrate's court after they had both laid charges of assault against each other following a domestic dispute. They were both off the hook after they withdrew charges against each other, opting to sort out their matter at home.

Rapist Gift Lebogang Mokoena was handed down 13 life terms and 340 years behind bars on November 22 in the South Gauteng High Court, sitting in the Palm Ridge magistrate's court.

Mokoena, one of the two men nabbed for the crimes, was found guilty of rape, kidnapping, robbery with aggravating circumstances, sexual assault, using an object that resembled a firearm and aiding and abetting another person to commit a crime.

Tlala John Mokoena arresting the taxi rapist was critical to reassure victims of the crimes that the justice system works.
News
3 years ago

It remains to be seen on Monday whether the plea for mercy by taxi driver turned serial rapist Lebogang Gift Mokoena will be taken into consideration ...
News
3 years ago

After a year of denying that he killed, torched and discarded his girlfriend's remains, Sandile Mantsoe was found guilty of Karabo Mokoena's murder.

Mantsoe was sentenced to 30 years in prison for murder, five years for assault and four years for attempting to defeat the ends of justice. Shocking video footage surfaced of Mantsoe rolling Mokoena's body out of his Sandton flat in a Pickitup dustbin. Mokoena's charred remains were found by a passer-by in Lyndhurst, Johannesburg, in April 2017.

This is the last time Karabo Mokoena was seen alive

The last footage of Karabo Mokoena shows her dressed her in a pink long-sleeved top.
News
3 years ago

“I put petrol on her and then I walked away.”
News
3 years ago

Cheryl Zondi, one of the witnesses in a rape case against 60-year-old Nigerian televangelist pastor Timothy Omotoso, took to the stand in October. The trial that was broadcast live saw Zondi transform from an ordinary second-year marketing student at the University of Johannesburg to a public figure in less than three days.

The trial proceedings had the country up in arms when Zondi spent three days in the witness stand responding to explicit questions.

Omotoso's efforts to have presiding judge Mandela Makaula recuse himself from the trial were unsuccessful. The trial is expected to resume on February 4.

More than 30 people including young men and women have come forward to report being victims sexual abuse by religious leaders since the launch.
News
3 years ago

Two farmworkers, Phillip Schutte and Pieter Doorewaard, in Coligny, North West, were found guilty of killing 16-year-old Matlhomola Mosweu after accusing him of stealing sunflower heads in April last year. The men tried to ask the court to extend their bail until their sentence in January 28 but their application was denied.

Girls as young as six years old accused Molefe of sexual abuse. The court, however, found that the case was marred with contradictions and irregular procedures. The NPA has since announced it will appeal the matter.

The school patroller who was accused of sexually abusing young girls at a Soweto school maintains he never touched or raped the pupils.
News
3 years ago

The National Prosecuting Authority says it intends to appeal against the court acquittal of a former scholar patroller at a Soweto school who was ...
News
3 years ago

An 8-year-old girl relived the day she told her mother that she was a raped by a school patroller at AB Xuma Primary School in Orlando East, ...
News
3 years ago
Next Article