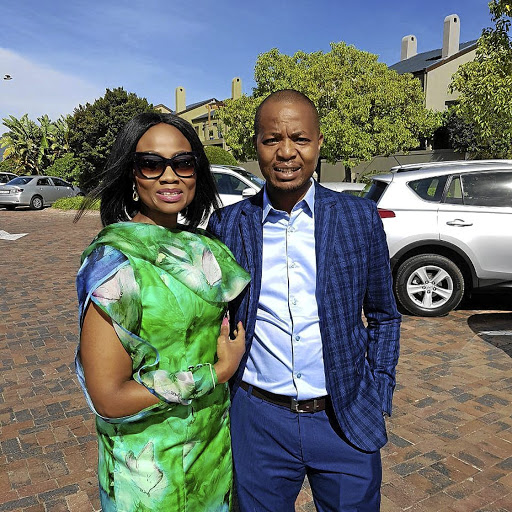 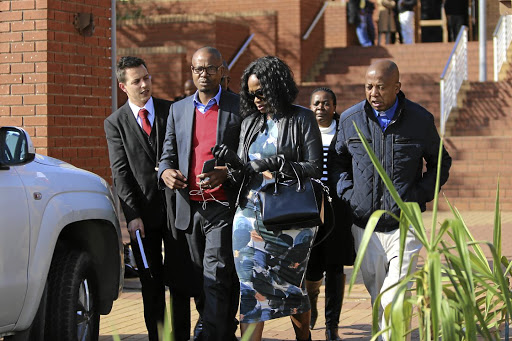 Radio mogul Given Mkhari was allegedly klapped, bitten in the nose and lips by his wife Ipeleng during a domestic brawl that was sparked by a text message he had received from another woman. Ipeleng instead was left with a bloodied mouth and bruises to her body.

In the SMS the woman, identified only as Puleng, allegedly referred to Given as "baby" and asked him if he was still coming to see her.

Upon seeing the SMS, Ipeleng went bonkers and accused Mkhari of cheating on her. This resulted in a rumpus which left him with injuries to his nose and lips

These explosive tidbits are contained in statements made to the police by the Power FM and Capricorn FM owner and his wife when they opened cases of assault against each other at the Randburg police station.

The charges were provisionally withdrawn by the National Prosecution Authority (NPA) when the couple appeared in the Randburg Magistrate's Court on Monday.

Mkhari and his wife withdrew the cases against each other and said they wanted to resolve the matter out of court.

NPA South Gauteng spokeswoman Phindi Mjonondwane said the NPA had wanted to proceed with the prosecution upon first glance at the docket.

"But we have provisionally withdrawn the case for reasons we cannot discuss in the media. Also, the matter is still under investigation as we have requested the police to investigate and obtain for us certain information that we wanted," she said.

Mkhari, who also owns PR company The Communications Firm and chairs advertising firm The Jupiter Drawing Room, could not be reached for comment at the time of going to print. Ipeleng was also not available for comment but Mfana Gwala, who said he was Ipeleng's legal representative and family spokesman, dismissed as untrue allegations that the squabble between the two was triggered by an SMS.

"Our client, Mrs Ipeleng Mkhari, has brought it to our attention that you alleged that there was a message on her husband's phone which led to domestic incident. We hereby place it on record that those allegations are false," said Gwala.

In the police statement seen by Sunday World, Mkhari was in bed watching TV when his wife accused him of cheating on her and insulted him.

Ipeleng told cops that she was at home after their daughter's birthday party when she saw a text message from a Puleng in her hubby's cellphone .

"She wake [sic] the husband as he was sleeping and questioned him about whose [sic] Puleng. They then had an argument that became a physical fight," reads the statement.

Ipeleng sustained injuries to her mouth, lips and on the solar plexus, according to the police document. "The husband left afterward," it read.

Social media has played a pivotal role in the democratisation of news and social commentary.
Opinion
3 years ago
Next Article