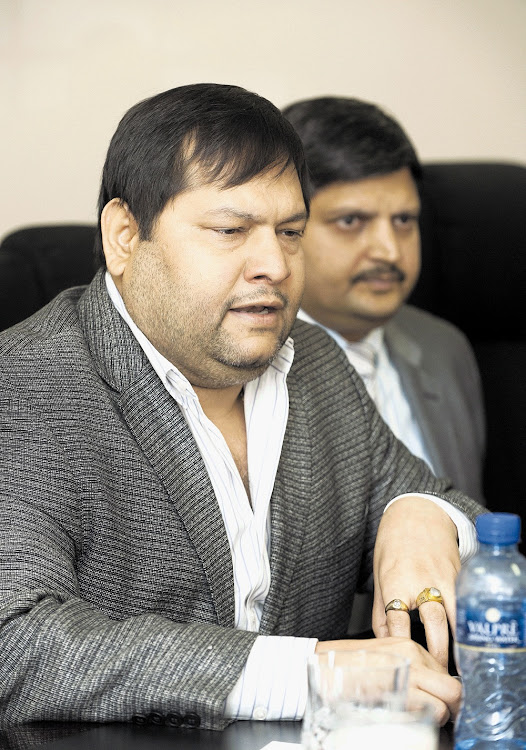 Ajay and Atul Gupta might be called to testify at the state capture commission of inquiry sitting in Parktown, Johannesburg.
Image: Martin Rhodes

Two of the Gupta brothers and former president Jacob Zuma's son Duduzane have applied to cross-examine witnesses at the state capture inquiry.

Advocate Mike Hellens‚ SC for Ajay Gupta‚ said his client was applying to cross-examine former ANC MP Vytjie Mentor and Themba Maseko‚ former head of the Government Communication and Information System (GCIS). Both testified that they had met Ajay Gupta and that he had made unlawful requests.

Mentor told the commission that Ajay Gupta had offered her a ministerial job on condition that she terminate the SA Airways route to India. Maseko alleged that Ajay Gupta told him to ensure that the GCIS R600m budget was spent on Gupta media companies.

Hellens has asked Zondo to make a ruling on whether an implicated party must testify if they want to cross-examine witnesses.

Jonas accused the Gupta brothers and Zuma of offering him a R600m bribe and the position of finance minister before Nhlanhla Nene was removed.

Former public enterprises minister Lynne Brown has also indicated that she wants to apply to cross-examine witnesses‚ despite not yet being directly implicated in any testimony thus far.

Deputy Chief Justice Raymond Zondo‚ who is heading the commission‚ told her lawyer that her application "might not be properly considered" until she is implicated.

The Commission has adjourned for 30 minutes so that legal representatives for those implicated can meet with the commission's legal team to discuss a way forward for the applications.

Legal teams have asked that the matter of the applications be dealt with as soon as possible. Current GCIS acting head Phumla Williams will continue giving testimony after the break.

State Capture: Zondo may summon Manyi to appear before inquiry

Ajay Gupta told Themba Maseko that Jacob Zuma would "sort out" any minister who refused to hand over advertising budget to him.
News
3 years ago
Next Article