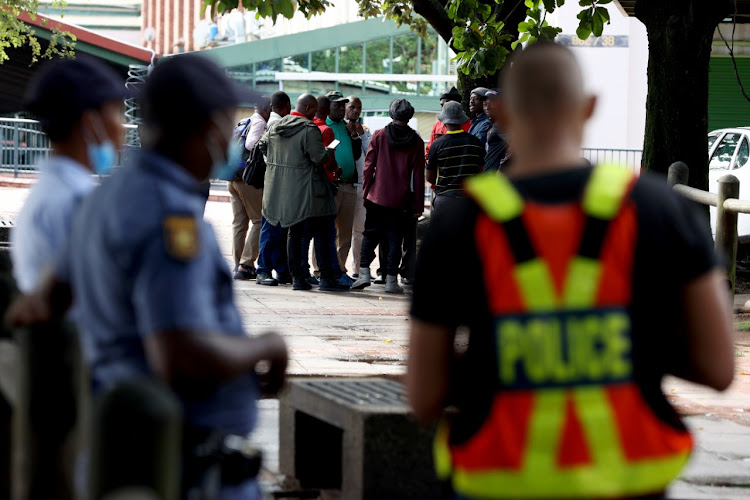 Scores of people supporting Operation Dudula were turned away when they gathered in Durban on Sunday, unaware that the KwaZulu-Natal launch of the movement had been postponed.

The eThekwini municipality had earlier denied permission for Operation Dudula to hold the event. There was nevertheless a heavy police presence in the city on Sunday.

President of the People's Revolutionary Movement Nhlanhla Buthelezi asked for five minutes so he could brief dozens of people who had gathered, unaware the event had been cancelled.

“We have come here at the Workshop [centre] to monitor the situation as the Dudula movement organised its launch in KwaZulu-Natal. And we found out that it is not going to be held because there were things that were not organised properly with police,” said Buthelezi, after briefing those who had gathered for the event. 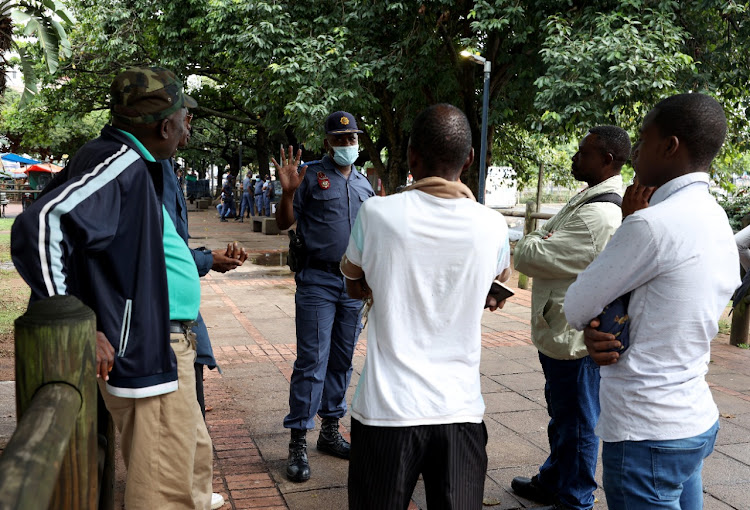 Permission for the gathering had not been approved by the authorities.
Image: Sandile Ndlovu

He said his organisation fully supported the Dudula stance on foreign nationals going back home, and called for them to be peacefully deported.

Buthelezi said: “We are saying they must not compete with us on piece jobs and small trading. They don't have a problem with foreign nationals with proper documents who are bringing skills we don't have in the country but [if] they come to do what we can do, we are saying no.”

The campaign against foreign nationals has been active in Gauteng and, under a different umbrella known as the Dudula Movement, closed down stalls in Alexandra owned by foreign nationals who could not show the correct papers for running the business or a valid passport.

Operation Dudula leader Nhlanhla 'Lux' Dlamini was arrested on Thursday and detained at the Johannesburg central police station after Soweto resident Victor Ramerafe was advised by EFF leader Julius Malema to open a case against the movement for allegedly raiding his home last week.

“We know that Lux is arrested because the EFF protects the criminals who are selling drugs and who are illegal immigrants, that is, they want our country to be lawlessness one,” charged Buthelezi.

“We support a movement to clean SA and to protect our economy from people who have destroyed their economy from their country of origin and who are now destroying youth, girls in particular, and not abiding by the laws regulating the country. If foreign nationals respect EFF, we are warning them that EFF are not yet in power,” added Buthelezi. 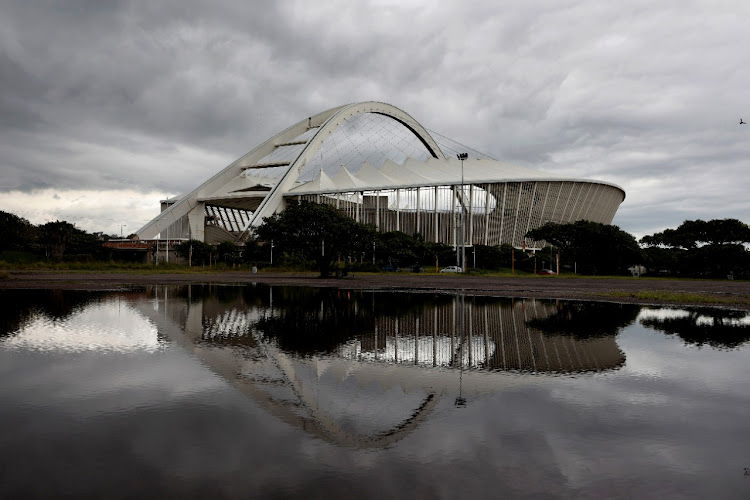 There was a heavy police presence around the Workshop and CBD, including a satellite police station erected at the People's Park next to Moses Mabhida Stadium.
Image: Sandile Ndlovu

Some foreign nationals who are street traders did not open on Sunday. Many were afraid to operate.

Moses Mohamed left home in Angola due to the civil war and works at a stand at the Workshop selling clothes. “We are scared because the people are saying we are taking their jobs”, he said.

Founder and deputy chairperson of the Phepha Foundation Nhlanhla Mnqondo said; “We have come here peacefully and there was no fight that was going to be. Even police were scared that there might be chaos. As Phepha we support all activities that are there in fighting for black people.

"We are about the safety of the community and that is why we are here. We are not fighting foreign nationals, but we are saying they can't come to the country and take all opportunities”, Mnqondo said.

Unemployment had escalated due to Covid-19 and the July unrest, costing many people their jobs.

“Our government should be the one who considers us first. We should get back our stands so that we can be able to feed our children. Without job opportunities, we are forced to live a hard life which includes crime and fighting foreign nationals because government is not doing the right thing”, said Mnqondo.