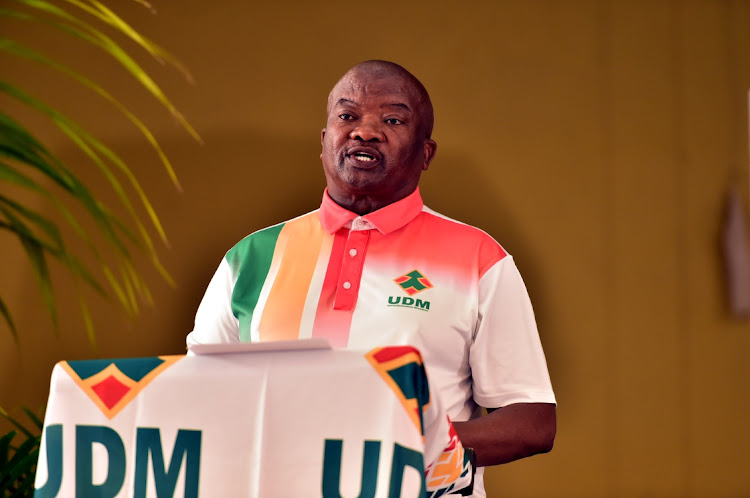 UDM leader Bantu Holomisa said while there were concerns about SA's borders, this should not justify attacking foreigners. File photo.
Image: Eugene Coetzee

The issue of undocumented migrants has dominated debate and conversations across the country over the past two months, with the rise of Operation Dudula and the Dudula Movement in response to illegal immigration.

Speaking on 702 this week about a meeting the UDM had with other opposition parties regarding state security, Holomisa said while there were concerns about SA’s borders, this should not justify attacking foreigners.

“People must understand there are concerns the state is unable to protect its borders. Second, the department of home affairs is failing to deal with immigration issues.

“While people are complaining about the influx of people from outside our borders, we are saying let us restrain from attacking foreigners.”

He said the fallout from clashes between locals and foreign nationals could be “devastating” and lead to neighbouring countries demanding SA businesses leave their shores.

Shops and other businesses in Alexandra, Gauteng, were forced to shut last week when locals, who said they were members of the Dudula Movement, allegedly searched shops owned by undocumented foreign nationals.

Speaking on Newzroom Afrika this week, ANC Veterans’ League president Snuki Zikalala said it is because of the “harsh realities that some South Africans are acting in a xenophobic manner”.

He labelled Operation Dudula as “dangerous” and suggested it was exploiting the unemployed.

LISTEN | Government's failures are to blame for tensions between locals and foreigners, say commentators

“Most of our youth are unemployed. Operation Dudula is a very dangerous movement because they saw a gap and started hyping South Africans’ emotions. As the ANC we are saying what they are doing is inhuman.”

He said members of Operation Dudula “are not law enforcement officers” and “can’t harass individuals in the streets”.

“They should not be harassed. Those Dudula people must go to school and get skills  instead of marching and harassing foreign nationals. It is unacceptable.”

ActionSA leader Herman Mashaba slammed Zikalala for “blaming victims” of unemployment. He had earlier cautioned South Africans against taking the law into their own hands.

“Home affairs has failed for decades to issue documentation to people who qualify. Our borders are not protected, and points of entry have created a free-for-all, where goods and people pass into SA without regulation. Who is to blame? The ANC, not foreign nationals,” he said.

“Dudula must come to us and put in their proposals so we are able to deal with this matter in an amicable way. We cannot allow violence. That is why we are going to be harsh when it comes to those areas. The police will deal with that.”

Investigations are under way to determine if South Africans are renting out trading stalls to foreign nationals — both legal and illegal.
News
3 months ago

In a desperate move, a group of foreign nationals have approached the Johannesburg high court for relief against the so-called Dudula campaign ...
News
3 months ago

Kopanang Africa march against Dudula groups to go ahead

Anti-xenophobia group Kopanang Africa, established to quell the violent evictions of foreign nationals by Dudula groupings, has indicated that it was ...
News
3 months ago

'They must go to school and get skills, not harass foreigners' — Snuki Zikalala slams 'dangerous' Operation Dudula

"The majority of our youth are unemployed. I think Operation Dudula is a very dangerous movement because they saw a gap in that, they started hyping ...
News
3 months ago
Next Article