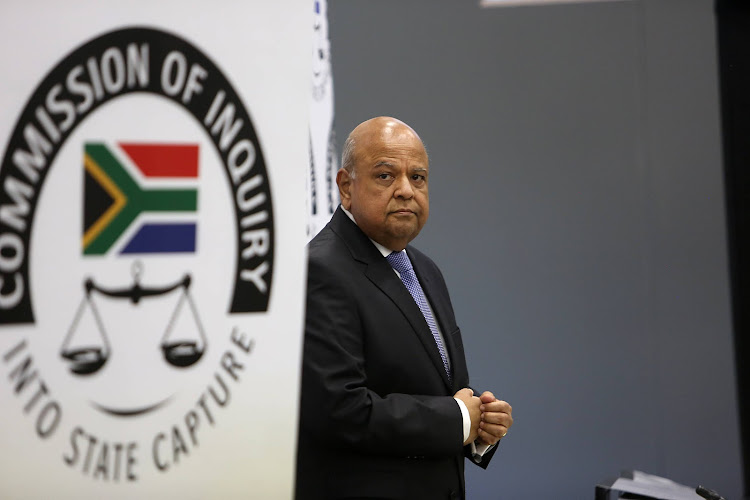 Public Enterprises Minister Pravin Gordhan on Tuesday continued with his testimony at the judicial commission of inquiry into state capture.
Image: ALON SKUY

Public Enterprises minister Pravin Gordhan has told the Zondo commission of inquiry investigating state capture that he has never had any direct meetings with the Guptas‚ despite them repeatedly requesting meetings.

Gordhan was giving evidence as the Economic Freedom Fighters protested outside‚ calling for his resignation.

"I refused to schedule a meeting with the Gupta family at their residence or anywhere else‚" he said.

The minister denied misleading parliament when he had said he did not have meetings with the family.

Controversy emerged when Gordhan’s submissions to the inquiry were leaked and noted that in a 2010 meeting with Indian businessman Anil Ambani‚ Ajay Gupta was present.

Gordhan insisted that he did not recall that Ajay Gupta was there.

"I would not lie to parliament... If I wanted to lie‚ Mr Chair‚ I could have left this meeting out [of his testimony] and you wouldn’t have been wiser‚" he said. Gordhan reiterated that he did not visit the Gupta's Saxonwold compound‚ he had cancelled the New Age-sponsored business breakfasts before the 2016 budget and had also refused to help the Guptas when their bank accounts were closed.

He said it was quite clear where he stood in relation to the family‚ including the Treasury’s refusal to do anything with Denel Asia‚ which was linked to the Guptas.

Gordhan reiterated that he was "not for sale".

The EFF has been protesting for two days outside the building where Gordhan has been testifying. EFF deputy president Floyd Shivumbu‚ has called Gordhan an enabler of state capture‚ and insisted that Gordhan lied to parliament.