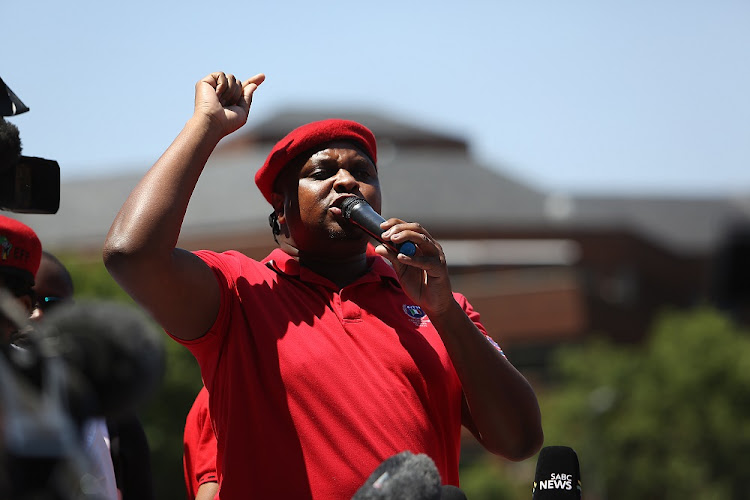 Public enterprises minister Pravin Gordhan has hit back at EFF deputy president Floyd Shivambu, calling for him to tell South Africans who finances his and EFF leadership’s lifestyles.

Shivambu made several allegations against Gordhan on Monday when he addressed EFF members picketing in Parktown, Johannesburg, where the latter was appearing before the commission of inquiry into state capture.

Shivambu said, in one of his allegations, that Gordhan's immediate task after his appointment by President Cyril Ramaphosa was to destroy Eskom and SAA so that they can eventually be privatised.

He also alleged that Gordhan used the spy tapes in 2009 to strong-arm former president Jacob Zuma into appointing him as finance minister.

“He had private intelligence in Sars [South African Revenue Service] called the rogue unit. He’s the one who gathered the so-called spy tapes, he’s the one who used those tapes to go and bargain with Jacob Zuma to say we’ll give you the tapes, drop the corruption charges and then you must assign me as the minister of finance,” charged Shivambu.

In rejecting the allegations, Gordhan’s spokesperson Adrian Lackay said Shivambu must take South Africans into his confidence about his finances.

“It is time that Mr Shivambu explained to South Africans and in particular, the people of Limpopo, when money stolen from VBS Mutual Bank will be repaid,” said Lackay.

“It’s time for him to disclose what other sources of income funds his own lifestyle and that of other leadership figures in the EFF.”

Lackay also called for Shivambu to subject himself before the commission chaired by Deputy Chief Justice Raymond Zondo to present any evidence he has about Gordhan.

EFF deputy president Floyd Shivambu has claimed that donations towards the presidential campaigns leading up to the ANC's national conference at ...
News
3 years ago

“Now it’s the appropriate time, instead of protesting in the street outside the commission, come before Judge Zondo to present credible evidence based on facts to substantiate the fabricated allegations and also to subject yourself to cross-examination under oath,” he said.

Lackay said that the allegations by Shivambu were part of a campaign to discredit witnesses appearing before the state capture inquiry.

"The allegations in total are rejected with the contempt they deserve. It is part of a prolonged, sinister and malicious campaign to discredit witnesses like Mr Gordhan who comes to testify before the Zondo Commission about their efforts, over many years, to combat state capture and corruption and also to discredit and undermine the work of the commission itself."