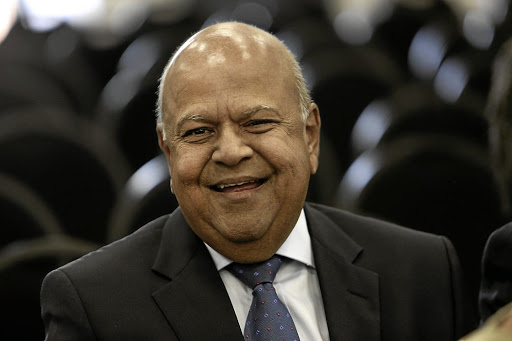 Pravin Gordhan is, according to the writer, under attack from the EFF, the public protector and what the writer describes as a monstrosity claiming to represent academics and profesional workers.
Image: ALON SKUY

Former finance minister Nhanhla Nene has taught us a big lesson; that not everything that looks like a sheep is a sheep. Some lions fit well in a sheep skin.

We musk keep the same lesson in mind as we digest the revelation that current public enterprises minister, Pravin Gordhan, has also met the Guptas. If more evidence suggests he is not holier than thou, we must not spare him our wrath.

But, as things stand, nothing suggests Gordhan has collaborated with the Guptas to capture our state.

We have all seen Gordhan suffer under the kleptocratic Zuma administration for refusing to collaborate with the Guptas.

It was Gordhan who refused to defend the Guptas when their bank accounts were closed. He even went to court to seek protection.

At the time, Gordhan was insulted publicly by the likes of Jimmy (now disguising as Mzwanele) Manyi as the enemy of radical economic transformation, which essentially meant looting public resources in the name of blackness.

Even the blind know that Manyi has been a mercenary for the Guptas. As they were stampeding to flee SA after Cyril Ramaphosa's victory, Manyi offered to serve as undertaker to bury Gupta TV and newspaper with dignity. We all know that no undertaker processes bodies for free.

Laughter is cold comfort as SA spirals down an immoral abyss

History won't be kind to those who pull our politics down into the mud.
Opinion
3 years ago

Gordhan is under attack from three dodgy quarters: the EFF, the public protector and a strange monstrosity claiming to represent academics and professional workers.

As for the EFF, South Africans now know how this venal outfit operates.

When the EFF called for the nationalisation of the Reserve Bank, they knew that the forensic investigation of the bank was getting close to exposing Brian Shivambu and those related to him in the great bank heist. The call to nationalise was essentially an attempt to intimidate the Reserve Bank. We must salute Lesetja Kganyago for not giving in.

When Floyd Shivambu and his EFF racially attacked Ismail Momoniat, accusing him of being part of an odious Indian cabal, Shivambu knew Momoniat was the leading treasury official close to the VBS investigation.

Now the EFF is attacking Gordhan for allegedly being anti-transformation. This is because Gordhan is disrupting looting schemes in state-owned companies where EFF leaders may be benefiting.

Watch the commission of inquiry into the Public Investment Corporation. People are already talking in hushed tones about the possible involvement of the EFF in serious looting.

The name Brian Shivambu, and those related to him who may or may not wear a red beret, is likely to emerge there.

As you read this column, the EFF is threatening to sue a political analyst for telling the truth about the party. Are there rational people who still trust the EFF?

The public protector's attack on Gordhan is laughable. There are few South Africans who take Busisiwe Mkhwebane seriously. From Thuli Madonsela to Mkhwebane is like watching Bunyithulu United after watching Kaizer Chiefs and Orlando Pirates. The less said about Mkhwebane the better.

To say something about the fly-by-night outfit that claims to represent academics and professionals, would be to sublimate the banal. No serious academic in SA knows of such a thing.

The looters of public resources are determined to throw mud at anyone doing his best to serve the public with honesty.

Let the state capture commission pass its judgment on Gordhan, but he must not be intimidated into halting his efforts to clean up the rot in our state-owned companies. Ramaphosa must come forward, to defend poor Gordan.

The EFF is suing Prince Mashele, a political commentator, for defaming the party and its leader Julius Malema.
News
3 years ago
Next Article