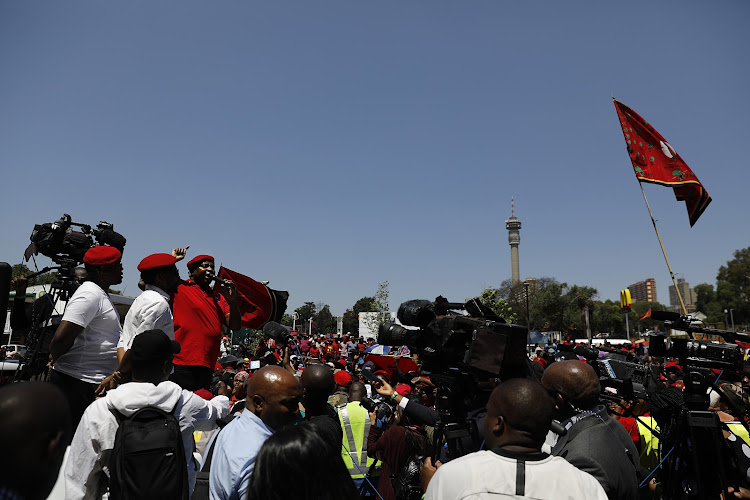 EFF deputy president Floyd Shivambu has claimed that donations towards the ANC presidential campaigns leading up to the party's national conference at Nasrec in December added up to R1bn.

Shivambu also claimed that the State Security Agency (SSA) was going to reveal information about the identity of donors, including the amount each contributed to both Cyril Ramaphosa's and Nkosazana Dlamini-Zuma's campaigns.

This follows revelations that the Ramaphosa campaign had received a payment of R500,000 from controversial security firm Bosasa. The money came into his campaign coffers ahead of his election as ANC president.

"In the ANC, [delegates] can just be bought with money. They [Ramaphosa's campaign] have made it public that they had a private account to buy members of the ANC. We must not allow the people of South Africa to be misled by the ANC. They have no message, just T-shirts and food parcels, no political message," Shivambu said.

He was addressing a crowd of party members on Monday outside the commission of inquiry into state capture in Parktown, Johannesburg. EFF supporters and Black First Land First (BLF) members held separate protests outside the venue, both to demand Gordhan’s resignation

Shivambu labelled Gordhan a danger, and claimed that his mission was to destroy state-owned enterprises he was tasked with overseeing, including Eskom and SA Airways, so that they could be privatised.

"We are going to expose you. We are here to say to Pravin, 'In the same way we removed Jacob Zuma, Nhlanhla Nene, you are next',” he said.