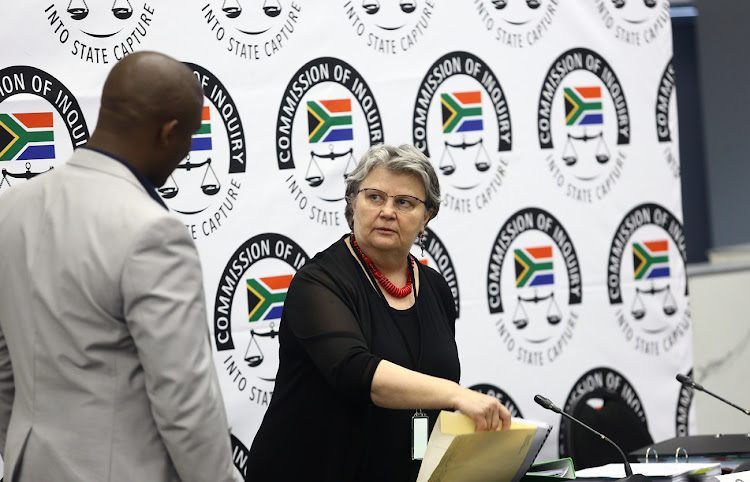 Former public enterprises minister Barbara Hogan has testified that she had strict instructions not to fix state-owned companies, despite this being the main responsibility of her portfolio.

Hogan told the Zondo commission of inquiry into state capture on Wednesday that an interministerial committee was established by the cabinet to deal with problems in state-owned companies (SOCs), effectively stripping her of her powers.

The committee was supposed to provide recommendations on the funding model for SOCs and how government would deal with their financial woes. Hogan was part of the committee as minister of public enterprises. However, she was surprised when then  president Jacob Zuma announced a commission of inquiry that would look at governance and other issues at SOEs.

She said Zuma, who announced the commission of inquiry during one of his state of the nation speeches, did not indicate what would happen to the interministerial committee.

"There was a lot of confusion about this, as to whether the committee set up by cabinet would still go on with its work. At the time, the president’s office seemed to suggest the two processes would run parallel. But finally, Mr (Collins) Chabane (the late former minister in the presidency) clarified that the inter-ministerial process would be cancelled," Hogan said.

She said Zuma gave her strict instructions not to interfere with the work of state-owned companies until the commission had finished its work.

"The president had called me in ... I can’t remember the exact date. This was some time after he announced that commission. He informed me that I may not make any major decisions about any state-owned enterprise until that commission had reported (back to him).

Barbara Hogan has described the intense lobbying by an Indian airline to take over the lucrative SA Airways route to Mumbai.
News
3 years ago

"It was a formal commission of inquiry. It had difficulty getting up and running. It reported after I finished being minister. I thought some of the recommendations were good recommendations. I am not certain to what extent they were implemented," she added.

Hogan was fired by Zuma at the end of October 2010. Shortly after her dismissal, Malusi Gigaba, her successor, appointed Iqbal Sharma to the board of Transnet.

"We know that he (Sharma) then headed the acquisition and procurement, which has been heavily involved in whatever transpired (at Transnet)."

Hogan said other subsequent appointments, such as that of Brian Molefe as CEO of Eskom and the reappointment of Siyabonga Gama as CEO of Transnet Freight Rail, despite him having been dismissed from the position following serious irregularities, proved that Zuma viewed her as a hindrance to his plans.

"At the time, my sense was that the president and I had very differing views on governance … the president felt I was a hindrance and I did not enjoy his confidence," she said.