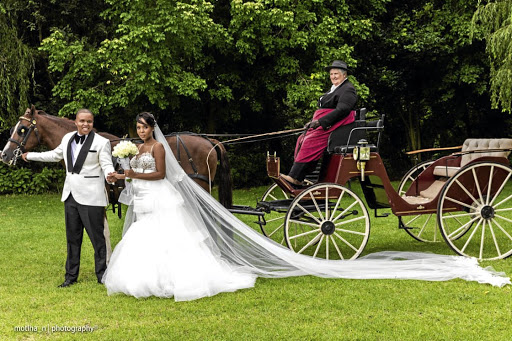 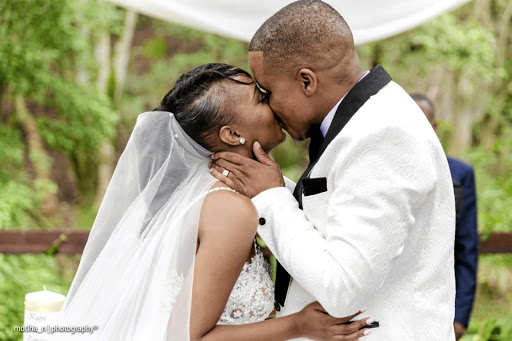 Vanessa Marothi says she never anticipated that the boy she met when she was only 12 would now be her husband.

Now Mrs Molefe, she speaks with excitement of the February 2 white wedding to Kgosietsile Molefe at the Ballroom at Makiti in Muldesdrift.

She describes the day as the perfect fairytale wedding - but also the beginning of the rest of their lives.

"It was a beautiful country wedding with a perfect view of the river and being transported by horse and carriage was a dream come true for both of us. I couldn't have asked for anything better," says Vanessa.

But their journey started way back when they were still children.

Vanessa, now 30 years old, says she met Kgosietsile, who is a year older, at a family event when she was only 12.

Their parents were family friends.

But they never met again until they started school the following year at Randfontein High School on the West Rand.

She says she realised the boy who caught her eye had completely forgotten her.

Three years later she was still besotted with him and decided to jog his memory.

"He was quick to remember. [He] even described the hairstyle I had the day I met him," she giggles.

The two became friends, parted ways and met again in Pretoria in 2010.

She was studying social work at the Tshwane University of Technology while he was working as a consultant for a software company around the same area.

She says it was only then that they finally decided to give their love a chance.

They dated successfully for four years. But then came the break-up of 18 months.

The couple don't dwell on the reasons and say only that things were complicated. They prefer not to concentrate on the negative.

Mbanas fell in love from word go
Lifestyle
2 years ago

After reuniting they decided that they were ready to spend their whole lives together.

"Kgosi popped the question. I was so mad at him that day and when he started proposing I thought he was just being dramatic.

"He bent down on one knee and I remember rolling my eyes when he put his hand in his pocket. I saw a ring box and that's when I knew it was real," she says.

The excited Kgosietsile says his wife was mad at him on the day, and looking back at all the good and bad they've been through together, he had decided to take her to Ruimsig Park and pop the question.

He first paid lobola on March 10 and finished off on June 2 last year.

"You have to move fast with a woman like my wife," he says laughing.

He says on the actual day, he was so nervous that he grabbed and wore an old pair of socks.

"I hope no one noticed."

They have a five-year-old son together, who Kgosietsile says is a replica of himself.