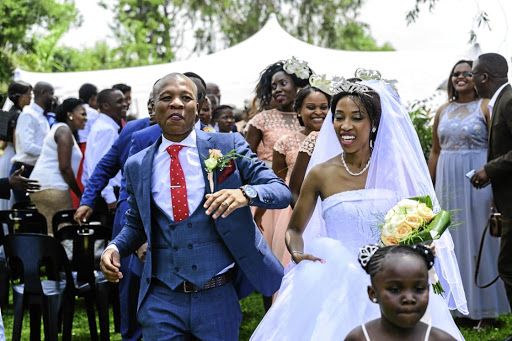 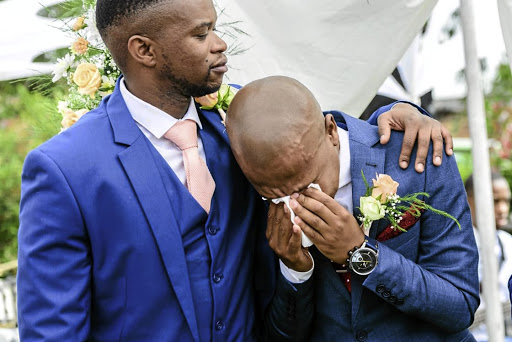 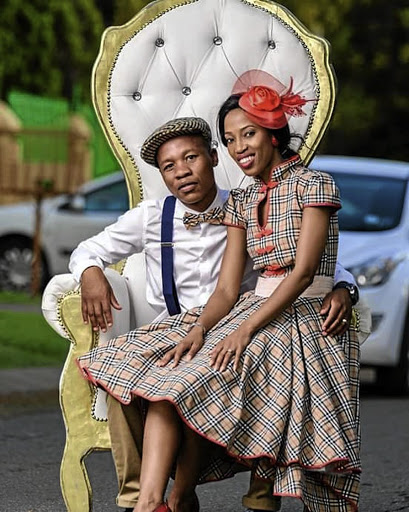 The Christian couple vowed to abstain from sex for two years - and miraculously kept their vow.

Motlhalefi, 31, of Protea Glen, says the wedding day couldn't have come fast enough as he was yearning to see his wife's full figure in all her glory.

"We made a vow that we will not be intimate before our nuptials. I respected her and that's one of the qualities I love about her. True to her name, which means 'woman of prayer', she respects the commands of the Bible," he says.

A pastor's son from Assemblies of God Ministries, he met Mathapelo at a youth gathering in 2005 where he failed to get her number.

They then coincidentally met at a funeral - but the girl of his dreams - was dating his cousin.

"We met [again] at a youth conference in 2014. I was the director of the church band and I desperately needed an alto vocalist. One of my friends said he knew someone, I should've known it was still Mathapelo!" says an excited Motlhalefi.

He says he would ask her to accompany him to his home after practice, trying to pave a way into her heart.

One night she gave in and gave him her phone number.

Couple met on the stage of Umoja and have never looked back.
Lifestyle
2 years ago

"We started dating soon after the conference and we had had enough time to discuss our intentions about each other. She knew I wanted to marry her and I knew I'd die if I let her go," says Motlhalefi.

On the sex issue, she admits she was tempted after he paid ilobolo, but they agreed not to share the sheets before their white wedding.

They married at Daniels Den Wedding and Conference Centre in Randfontein on March 2 2017.

"I walked down the aisle and I saw my man in a blue suit, crying. Maybe because he remembered just how faithful we were to each other, holding on and defeating temptations - I know they were tears of joy and he made my day," she says.

Motlhalefi says he enjoyed removing the garter as it was his first time seeing her thighs.

"I spent a lot of time in there. I didn't care what people were saying, I just didn't want to unsee them [thighs]," he says.

They recently welcomed their newborn baby and he says their goal is to build a bigger home.