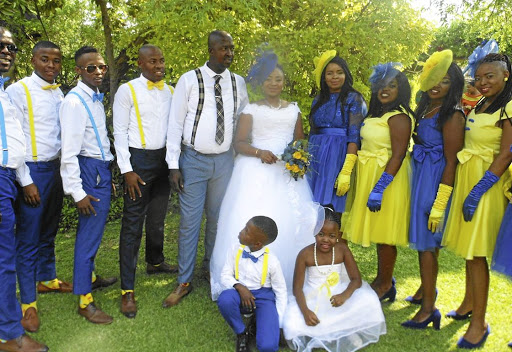 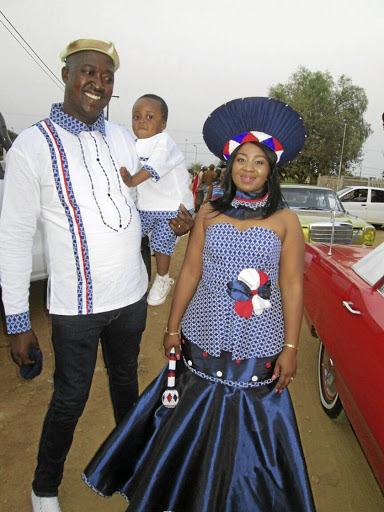 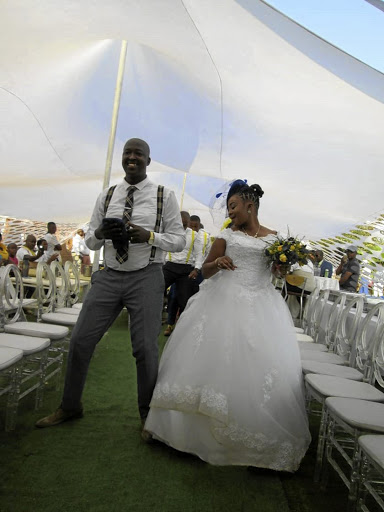 Valentine Moeketsi was destined to marry the man she met in the month of love - just two weeks after Valentine's Day.

And the setting was perfect - a wedding where she and Tebogo Moeketsi were part of the bridal party. She says it was love at first sight.

"We met at a friend's wedding in February 2013. As part of the bridal entourage we went for practice on that day and it was instant love.

"When we were leaving to go home, we realised we are heading in the same direction. So we decided to walk together. He asked for my number and soon we were chatting via mobile. Two weeks later we decided to start an official relationship."

In December of the same year, Tebogo surprised her with a marriage proposal.

"It was on December 2 2013. A surprise engagement at Spur Jubilee Mall in Hammanskraal. He organised everything with my friend without my knowledge.

"My friend asked me to accompany her to collect something from someone at the mall. When we entered the restaurant it was quite full.

"But there was this table decorated with red roses, candles, wine etc. I was standing next to the same table waiting for my friend to come back. To my surprise, Tebogo came along holding roses.

As he handed them to me, he went down on his knee and asked me to marry him. I did not waste time and answered with a big yes," she says.

The 29-year-old says Tebogo, who is three years her senior, is her best friend since the day they met and she couldn't wait to marry him.

But the couple only married in September this year. The two-day wedding was a lavish affair in Temba, Hammanskraal.

"Day one was at my home and day two was at his family home over the Heritage weekend. When we entered our home, at the main gate our aunts and uncles welcomed us with traditional poetry according to our tradition. "

She chose yellow and royal blue as her theme colours - and switched it up for her white wedding and traditional attire.

Vintage was also the order of the day with bridesmaids bedazzling in fascinators while the groomsmen sparkled in royal blue trousers.

She hopes to have another big celebration in a few years' time to renew their vows.