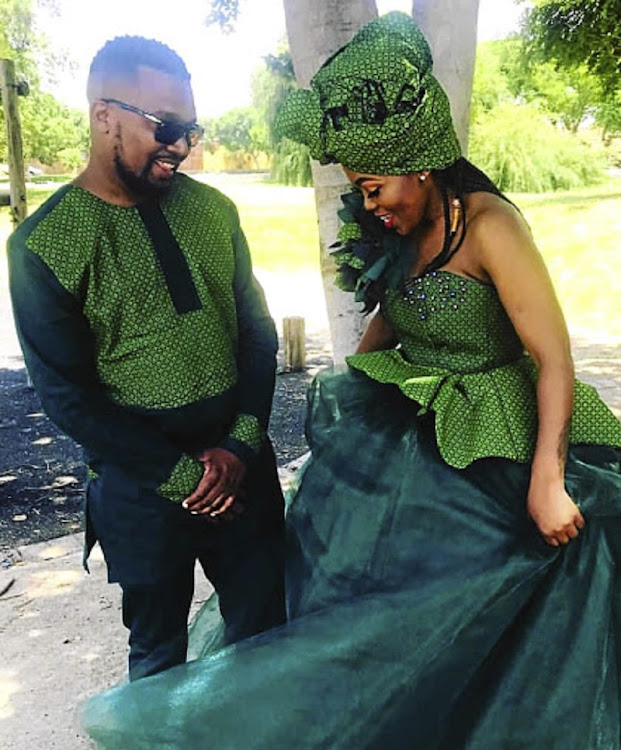 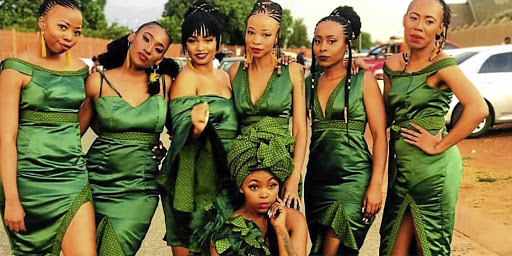 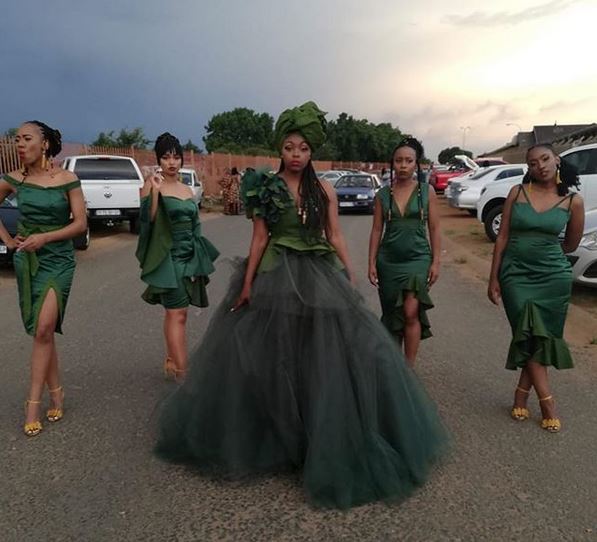 Tshepang and Pheko Kgengoe's wedding jive had all of Mzansi green with envy as they trended on social media last week.

This couple's video, recorded on November 24, saw 13,000 views on the day it was uploaded and is still being requested daily.

They broke all traditions by dancing to DJ Maphorisa's Nayi' le Walk and doing the shaku shaku dance to the tune.

Not only did the dance catch everyone's attention but so did their green Shweshwe attire.

As a Sotho couple, they moved away from the usual blue that is often a favourite for weddings.

"We like the song and wanted it in the wedding step. It took the girls and the MC a couple of hours to learn the step but the rest of the guys took a little longer to fully grasp it, including the groom who has two left feet," says Tshepang.

She says the colour green was chosen by Pheko because he wanted something different.

"We wanted to incorporate the traditional feel and with a touch of modern. We were going for the Sotho wedding on the Saturday where they normally use blue as their colours, but we chose the green as it would make more of an impact and stand out more," says Pheko.

The designer for the bride and her party was Rich Factory while Shirley Kubayi kitted out the groom and his groomsmen.

Pheko, 33, is the CEO of 4TheLoveZA, a creative industries consultancy specialising in music PR and various record label services.

He met Tshepang, 32, a claims administrator for an insurance company, in their early 20s through mutual friends.

"She used to do hair and at the time I had dreadlocks and that's how we started hanging out and we became friends."

Tshepang says they were friends for eight years before they officially started dating in 2014.

"He had been trying to get out of the friend zone for a few months before we made it official in October of that year. He introduced me as a friend to some of his friends, which upset me and that's when I realised that I actually had feelings for him and I actually considered him as more than just a friend."

Tshepang says she realised that she had never been treated with so much respect by other guys.

" I used to pray to God and ask him to give me a husband who loves and cherishes his mother and he does just that. He calls me baby when we are arguing and that for me confirms that I am forever a queen to him."

Pheko says because they were friends before lovers, he knew they had a strong foundation to build on.

The couple didn't really have a proposal.

"After our son was born, the traditional rule is that you have to pay before your son can carry your surname.

"Instead of him paying for the son alone, he paid lobola for me and that was the proposal," Tshepang says.

Both were born and raised in Dobsonville, Soweto, and held their ceremony here.

"We went strictly with the traditional African wedding only because we are African and proud of our heritage," says Tshepang.

"But we treated the elements of the wedding with as much of a modern feel as possible because we didn't compromise on decor.

"We also incorporated a bit of the white wedding by having the father of the bride walk her down the aisle and having a priest officiate the wedding and bless us and the rings."