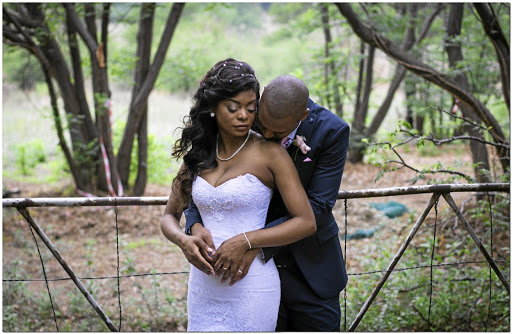 Ronice Masinga's wedding dreams were quite vivid and exotic as a little girl.

A proposal on a ship, string quartets and fireworks as the fiancé slips a ring onto her finger.

Her actual proposal lacked these glamorous intricacies - but it was "heavenly" in all other aspects.

David Nkhwazi chose a parking lot to propose as he told Masinga of his undying love for her and how he couldn't breathe without her.

"Sitting inside the car, he got out a tiny box containing the most beautiful engagement ring and asked me to marry him! There were no fireworks in the sky. There was no music. Just me, David and the few cars splattered around the dark parking lot, north of Johannesburg. But there were fireworks in my heart, my heart thumping persistently against my chest - urging me to say something - and the tears flooding my face. I was in love with this man and the answer to his lingering question was an indisputable yes!" she gasped.

"His sister was getting married. He was one of the groomsmen and the entire bridal party had met at his sister's place for the dance rehearsal. I had accompanied my mom as she had accepted a role as the lady- in-waiting. She was the personal bridal assistant, servicing for the bride and groom on their wedding day. Although our parents knew each other through mutual social gatherings they had attended together in the past, David and I had never met."

Ronice says she was blown away by David's good looks, fine physique and swag.

"I recall stealing secret glances at him during the entire rehearsal. Obviously, I could not have him notice that I was blown away by his handsome features and tall, lean torso.

Almost a year later, she was pleasantly surprised when he tracked her down via Facebook.

"He admitted that he had a relentless longing to get to know 'the girl with the big green eyes' (I wore green contact lenses back then) since the first time he laid eyes on me the year before at his sister's pre-wedding rehearsal, but he had never found the courage."

"From the day we went on our first date, David looked at me with piercing intrigue. It mesmerized me, and often threw me off. I had never met someone that gave me so much undivided attention.

"I will never forget how we would sit in a restaurant and each time I spoke, he would gaze at me as though there was no one else in the room," she says.

They dated for just over three years and were married a few days before their fourth dating anniversary.

Ronice says every moment of their wedding, held at Moon and Sixpence in Muldersdrift on November 5 2016, was incredibly magical.

"I felt like I was celebrating an amazing milestone with my best friend. My biggest highlight was our first dance to Why I Love You, by Major. For those few minutes, we felt like we were the only two people in the room and I fell in love with him over and over again."

But after the party, the transition of living together became a challenge.

"We were always together, we travelled to work and back together, were together on weekends. We fought constantly until one day we both reached breaking point.

After taking a few hours out separately we came together and discussed our challenges. Through pre-marital counselling we had learned that we needed to hone our communication skills."

She says they now abide by the five-ingredient rule to a happy marriage: praying together, communication, self-love, being adventurous and unconditional mutual love and respect.

Show us your wedding pictures

Sunday World is looking to tell your love story. Please send us six to eight images of your wedding album to somaya@sundayworld.co.za. Tell us how ...
Lifestyle
2 years ago
Next Article