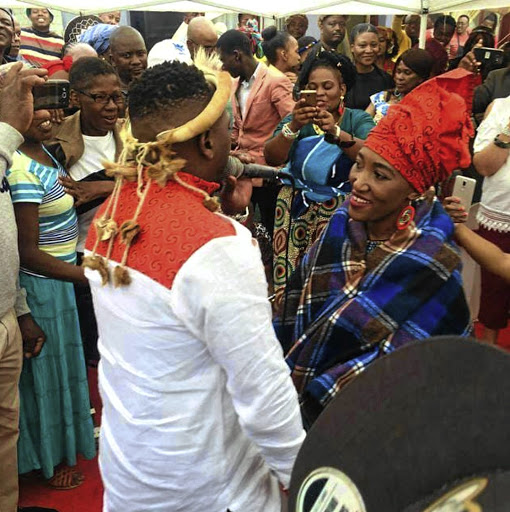 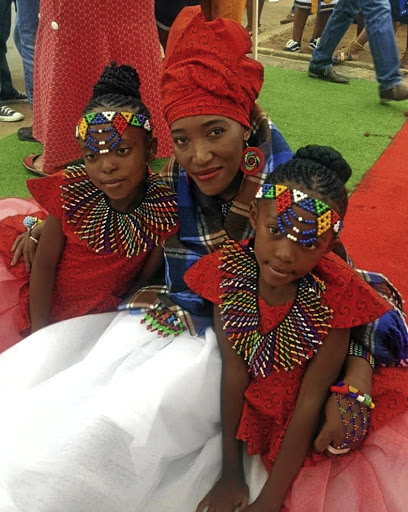 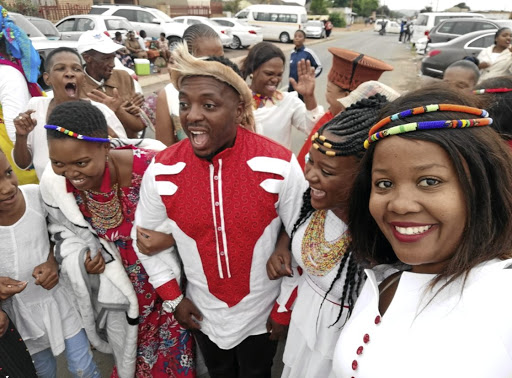 Nomsa and Sizwe Mntambo literally sang their way into each others hearts.

The couple, both Umoja - The Spirit of Togetherness cast members, met on stage in 2002.

Sizwe, 39, from Durban said he first saw the love of his life as she danced on stage, but his attempt to date her failed.

Although Nomsa, 42, is three years older than him, it never deterred him from pursuing her.

Two years later, she finally gave him a chance and he says they "never looked back".

The newly wed Nomsa, says it was her friend who pushed her to give Sizwe a chance.

"At some point while we were performing at Joburg Theatre, he just came backstage while we were getting ready for the show and he kissed me.

"I fell in love that day," says Nomsa.

In 2009 they had their firstborn daughter, Mbalenhle, who Sizwe believes strengthened their relationship.

When it came to challenges, he says distances apart is what broke him as the couple are often required to travel without each other for long periods of time as they were in different groups of Umoja.

"But unlike many long-distance relationships, our love never faded."

Never too late to say 'I do' - Old couple.
Lifestyle
2 years ago

They however, managed to stay together for a year in Canada and another six months in Germany while on tour with the production.

They decided they wanted to be together forever.

Sizwe stepped up and proposed.

They had their traditional wedding at Kagiso, in the West Rand, two weeks ago and another in Durban last Saturday.

Nomsa reckons that although they have been together for a few years now, their hearts still sing and dance in tandem.