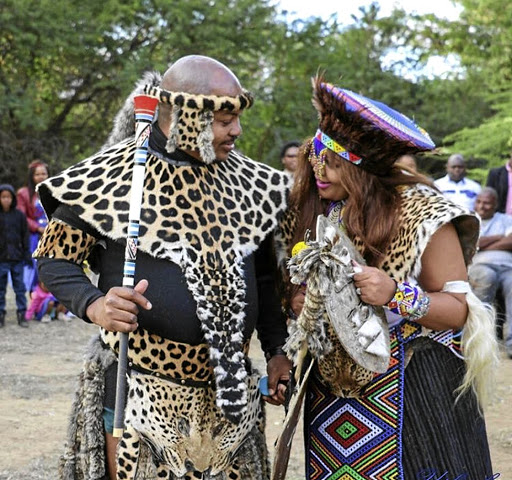 Princess Zama and prince Zulu are looking forward to their white wedding next year.
Image: SUPPLIED

Princess Zama Zulu never dreamt of being a real princess until she met her prince charming Nhlakanipho Zulu.

Zama, 31, now a princess at Ekubhenseni royal house in the Zulu kingdom in KZN, said she would regularly see Nhlakanipho at her workplace when he visited his sister.

She claimed he always stared at her but she never bothered to know who he actually was.

"He used to come and check up on his sister but nothing happened at the time," she said.

It has since transpired that Nhlakanipho, who is Zulu monarch King Goodwill Zwelithini's cousin, was still trying to find perfect words to say to his princess apart from the occasional "hello".

Zama said they then met at Musgrave Centre in Durban in January 2012, where he asked for her number.

Three months later, he sent his family to negotiate lobola.

"It took three months for him to pay lobola and, of course, according to our culture, we must have a celebration where our families exchange gifts."

But shortly after he payed lobola, they broke up. Fortunately they reunited a few months later to "appease" their ancestors.

"Our ancestors had already chosen us, he is very cultural so he consults. When he went to consult at some stage, the ancestors told him they will bring him someone and they told him my name and surname.

"During our break up I also had a dream. I dreamt of my great-grandparents, I didn't know who they were but they introduced themselves to me, but I was confused because I still didn't know them."

Zama said in her dream, she saw a crowd of people who bowed in her presence, with Nhlakanipho by her side. 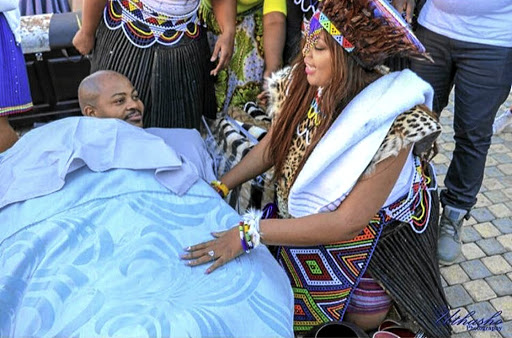 "[Initially] I didn't know that he was a prince but I knew his surname was Zulu. It was only when we got closer that I knew I was marrying royalty and it was so exciting, it is a blessing."

The couple had their traditional wedding in June 2016.

Although Zama said the day was "freezing cold", she said it was the most perfect day of her life and cannot wait for her white wedding next year.

The couple has been blessed with three children, two from their previous relationships.

"I have a child who is 14, I came with her into my marriage, he [Nhlakanipho] loves and accepts her like his [biological child]. We don't separate our children, we always say we have three kids," she said.

Zama could not hold back the laughter and joy when she said: "If there's anything else the world needs to know ... it's that I love my husband!"