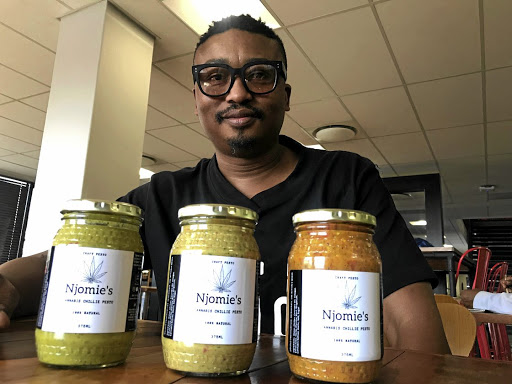 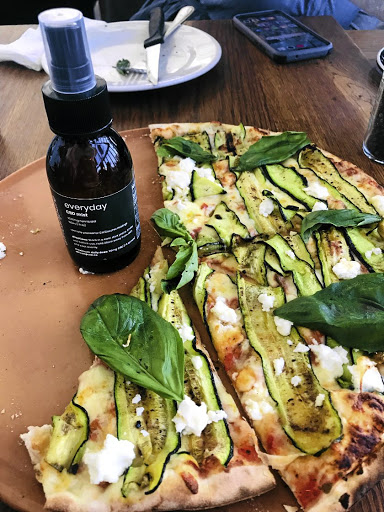 A new experience of infusing dagga into food has become the latest trend to grip Mzansi.

Pizza franchise Col'Cacchio are the first to sell a cannabis pizza, while local entrepreneur Sipho Mhlongo sells a mean dagga chilli sauce enough to kick a hangover into oblivion.

An invite to taste the first dagga pizza had me excited, but my excitement was short-lived.

The pizza sashayed into the room with no pungent aroma of the weed or sight of the irie herb.

Col'Cacchio franchise owner Roz Mommsen says the pizza is not meant to set off a high. It comes lightly dressed with cannabidiol, the nonhallucinogenic chemical extract of cannabis and used for medicinal treatment, only after it comes out of the oven.

"You will not get inebriated off the pizza but it does have a calming effect," she says, noting that the reason the cannabidiol was sprayed onto the pizza after cooking was because the owners feared the oven heat could tamper with the oil.

Members of the Rastafarian community in Butterworth have started selling dagga on the N2 between Mthatha and East London.
News
2 years ago

The oil, produced by Afripure, costs R800 a bottle and two sprays on the pizza amount to R25, an inflated price for cannabis lovers.

She confirmed that there was no placebo effect that would occur after consumption of the dagga pizza.

Mhlongo, who owns Gaulo Street Food in Soweto, says he saw a market for the cannabis-infused chilli sauce as no one else had attempted it.

He calls it Njomie's - named after his clan name Njomane.

He admits that it's purely experimental for now, having started a month ago.

"The sauce is a perfect accompaniment for your daily lunch box or braai day, with the right amount of kick needed. It is an expression of a chilli pesto with cannabis. The main flavouring of the pesto is the chilli," he says.

The retail price of a jar of cannabis pesto is R75 and orders can be placed directly with Gaulo Street Food.