PSL has some options to end season 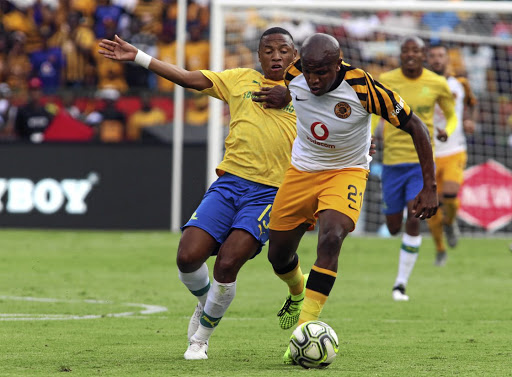 The PSL is in a tight corner and has limited options as it is now evident that completing the 2019/20 season by July 31 is unlikely.

There will simply not be enough time for all the games to be played. On Sunday, President Cyril Ramaphosa announced that the country would move to level 3 of the lockdown, but sports activities remain prohibited.

There are about 65 days to go before the recommended deadline by Fifa expires. With little room to manoeuvre, the PSL has the following options:

Teams in the Absa Premiership and GladAfrica Championship have on average played 22 games. Normally, teams play 30 games in a season.

An option for the league will be to reduce the number of games to 25 to complete the season in order to finish by July 31.

The league has to hope that sports can return under level 2 and that level 2 is announced in late June, then the PSL will have the month of July to complete the shortened number of games.

This would mean teams would each play about three games to complete the season. And the Nedbank Cup completion can also be squeezed in.

The PSL could give a directive to their member clubs to come to short terms contracts with players who are out of contract after July 31.

his date is a recommendation by Fifa and is not set in stone. Instead of out-of-contract players joining another PSL team, they would have to complete the season with their current clubs.

Elsewhere for instance, the English Premier League is currently busy assessing proposals that could see their season end sometime later in the year (from August to December). English clubs have been given until June 23 to reach short-term contracts with their players.

End season by declaring a winner/or null and void

The most definitive resolution would be to suspend the season indefinitely. This would mean the 2019/20 season would see no more games played. The PSL would then have to decide whether to declare a champion or scrap everything without having a champion and start anew.

In France, PSG have been declared champions while in Belgium, Club Brugge were also declared league winners (however, these teams were runaway leaders in their leagues anyway).

If the same were done in the Absa Premiership, it may be problematic as only four points separate leaders Kaizer Chiefs and second-placed Mamelodi Sundowns.

Therefore if this option is chosen, perhaps scrapping it altogether will cause less complications.