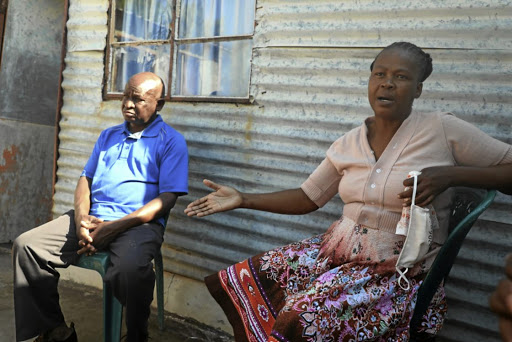 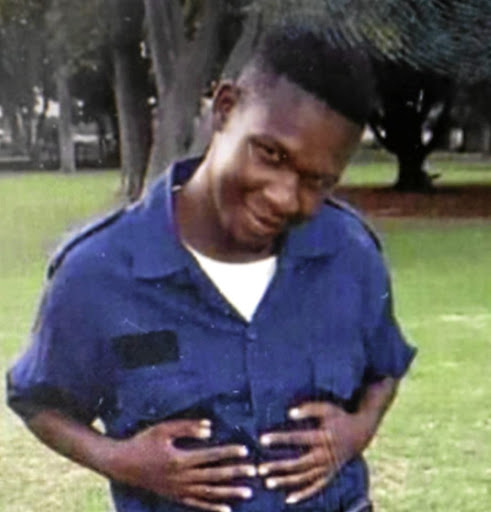 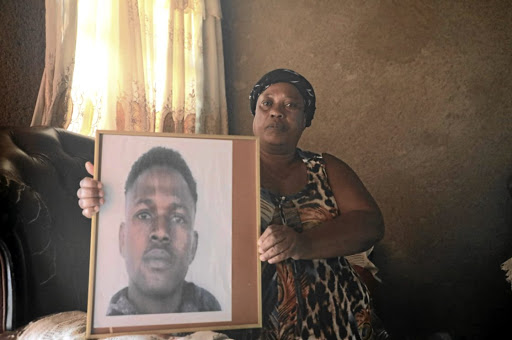 Ofentse Monaledi, a security guard, left home on the morning of April 2 to confront his employer over non-payment.

Several days later, his body was found in the bushes, just a few metres away from where he was stationed in Bon Accord area, north of Pretoria.

He had a bullet wound in the neck.

On the day he was murdered in cold blood, police discovered the body of his colleague Bongani Khunong, after following blood stains. Just four days later, the family and community members discovered Ofentse's body just a few metres away from where police found Khunong's body.

Their boss, a supervisor at FBI Secret Service and Agency in Hammanskraal has been arrested and will today appear in court in connection with the murders of three employees, including Monaledi, 23, and Khunong, 25, who too had a gunshot wound in the neck.

Gauteng police spokesperson Capt Mavela Masondo told Sowetan: "Three cases of murder were opened at Sinoville police station. Two people were arrested but the other person was released because he couldn't be linked to the crime at this stage."

"The accused is charged with murder and possession of stolen property. How he's linked [to the crime] forms part of the merits of the case and will be discussed in court," Mjonondwane said.

An armed gang escaped with a loot of alcohol after breaking into a liquor store in Berea, Durban, on Tuesday morning.
News
2 years ago

When approached for comment, Thabo Hlongwane, owner of the security company, initially asked that Sowetan to meet with him on Sunday but later asked to be called in 20 minutes.

He has not been taking calls or responding to texts since. Messages sent to him via WhatsApp show that they have been read.

Monaledi's family is still demanding answers after their eldest son, who only started working for the security company in February, never returned from work when he had gone to collect his first salary from Hlongwane at the beginning of last month.

Monaledi's mother Goitsimang said she was struggling to sleep as she desperately wants to know why her son, a staunch church-goer and choir leader, was killed.

"On the day my son disappeared, on April 2, we got a call from someone claiming to be from his workplace claiming Ofentse was disoriented and suicidal," Goitsimang said.

After rushing to where her son was stationed, they found bloodstains near the entrance of a construction firm.

"There was blood on the ground, pavement and droplets of blood crossing the road," Goitsimang said.

Father and son arrested for firearm negligence and attempted murder

A Manenberg father got himself and his son arrested on attempted murder and firearm charges after flagging down a law enforcement patrol and ...
News
2 years ago

She said when they called police, they followed the bloodstains but made a gruesome discovery when they found the body of her son's colleague, Khunong, instead.

Four days later, the family mobilised community members and they went back to the scene and discovered Monaledi's body about 100m from where they found Khunong. They suspect the body may have been dumped there after they had left because police combed the area and had also dispatched a dog to help with the search earlier.

"All I want to know is who killed my son and why? The man he worked for is yet to even set foot in our home. He did not come to his funeral. I have so many questions right now," she said.

Goitsimang said she wasn't happy with the work her son did as he handled guns despite not having training as a security guard.

"My son took the job to be able to provide for his newborn son. Now he is dead, even before he could even see his child."

Khunong's mother Gladys Khunong broke down as she spoke about her son's disappearance.

"Bongani was my hope, he had only been working at the security firm for a week when he died," she said weepingly.

"We were still not happy with the explanation from him. He said he wasn't there and claimed my son was killed by two of his colleagues who ran off with his guns, but now those same colleagues were found dead as well. This doesn't make sense," she said.