Case of leagues apart, how Europe and PSL are handling Covid-19 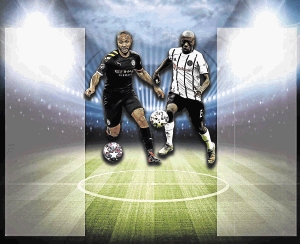 Raheem Sterling of Manchester City expressed reservations about returning to the field, while Ben Motshwari of Orlando Pirates is the only known local player to have tested positve for Covid-19.
Image: Lefty Shivambu/Gallo Images and Getty Images

It's been nearly 10 weeks since all sport ground to a halt throughout the world and, while major football leagues have solid plans to return to action, little has been heard of our domestic Premier Soccer League Nkareng Matshe looks at how others have handled the outbreak of Covid-19.

Major European leagues stopped playing around the second week of March, with the English Premiership shutting down on May 9. Some European Champions League matches took place without fans a week later. The German Bundesliga halted on March 11.

What has happened since

German teams submitted a solid plan to the country's government which saw them return to training in small groups by April 6, a little under a month after the matches were suspended. By April 30, they embarked on a massive testing ride, and on May 4, 10 football personnel had tested positive for Covid 19.

Nearly 1800 tests had been concluded. Clubs started physical, full on training on May 7, with the first games played May 16. In England, "Project Restart" was okayed by the government and by May 15/16, about 748 tests had been done, with seven positive tests confirmed. Clubs are still training in groups, with the restart likely to be on June 11/12. But some players, such as Raheem Sterling of Manchester City, have expressed reservations about returning to the field without safety guarantees.

Meanwhile N'Golo Kante of Chelsea has decided to stay away from training due to health reasons.

A Bournemouth player was one of two people working for Premier League clubs who tested positive for Covid-19 following a second batch of testing, the ...
Sport
2 years ago

Some European leagues have accepted that football without fans and regular testing of everyone involved in the sport with be the new normal. Proposals are for tests to be done at least twice a week, with safety protocols being fully observed. Italy, meanwhile, expect a decision this week on when Serie A returns, if at all.

League matches stopped on March 11, but the Nedbank Cup quarterfinals played on the weekend of March 14/15 was the last bit of domestic action SA has had.

What has happened since:

The PSL called a BoG meeting for March 19, announcing a task-team had been appointed to look at possibilities of how to conclude the season. Nothing was heard from the task team until an executive meeting was held on May 7, the day a first and only known positive case involving Orlando Pirates' Ben Motshwari was confirmed.

On May 8, the PSL executive is thought to have submitted their plan, which was not made public, to the sports ministry headed by Nathi Mthethwa, who told them to "speak with one voice" with the mother body, Safa. On May 12, delegations headed by Safa president Danny Jordaan and PSL chairman Irvin Khoza met and, afterwards, another task team was appointed, tasked with reporting back after 14 days, which expire today.

While leagues in Europe got governments' go-ahead to start training in small groups, it is hitherto unknown whether the PSL-Safa task team has made this proposal to the SA government, with President Cyril Ramaphosa on Sunday only stating sports activities are still "prohibited".

The PSL's plan submitted to government includes a proposal to use just one or two venues to complete the bulk of the seven/eight matches outstanding per team, but any restart possibility will have to centre around massive testing. How and when that will be done, remains a mystery, with Safa insisting football can only return from Level 1.