Covid-19: Motsepe reveals how the pandemic scuttled plans to bring a big European club to SA 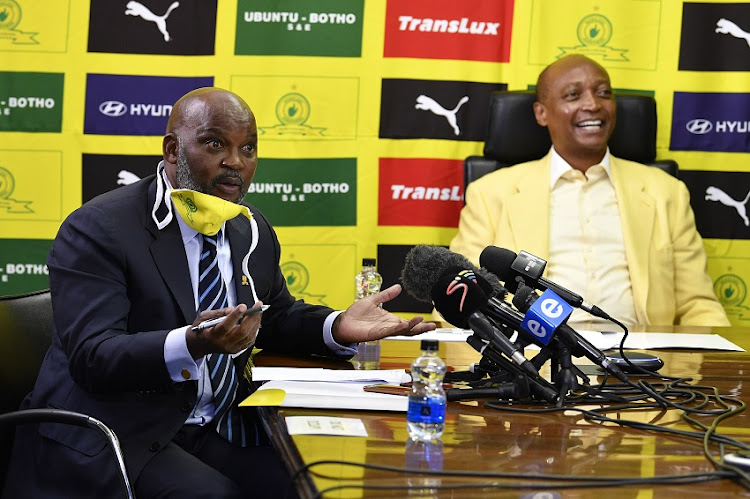 Mamelodi Sundowns have had to put on hold plans for a 50-year celebration match against a big European club due to the breakout of the Covid-19 pandemic in South Africa‚ Downs president Patrice Motsepe has revealed.

Motsepe did not disclose the identity of the club‚ speaking in a press conference in Sandton attended by a handful of journalists and also broadcast online on Thursday‚ where Downs’ president also announced a new four-year contract for coach Pitso Mosimane.

Motsepe said Sundowns’ celebrations have to be put on hold until Covid-19 has been brought under control or eradicated‚ but that the club are still hopeful of holding a 50-year anniversary banquet in December.

He did not specify whether Downs would be able to revive the plans to play the same European club at a later date.

Sundowns have twice brought Barcelona to South Africa for friendlies‚ the Brazilians losing 2-1 against the Catalan giants at Loftus Versfeld in June 2007‚ and losing 3-1 at FNB Stadium in May 2018.

“Sundowns was supposed to play a match against one of the European football clubs as part of the 50th anniversary celebrations‚” Motsepe said.

“We never made an announcement. The Barcelona thing in 2018 leaked out‚ when the discussions had gone a long way. And when it leaked we had to respond.

“As part of our 50th celebrations Sundowns had very good discussions [with a club]. Of course it’s confidential – don’t try to ask me who they are. We had a confidentiality agreement.

“The point is we had great discussions as part of the 50th celebrations to bring another top European club. But because of the coronavirus that plan will not proceed.

“But we will continue next year‚ when the programme is going to be squeezed because of the [postponed] Olympics and European Championships.”

The match was likely to have taken place in the coming off-season‚ which has been put in limbo and may not take place at all because of the Premier Soccer League (PSL) suspending football on March 16 and still seeking solutions for a return to play.

Motsepe said Sundowns‚ to replace their near-term celebration plans‚ will hold a‚ “Mamelodi Sundowns 50 Year Anniversary Most Popular Songs Challenge”‚ to be launched in June‚ inviting the public to enter song compositions in a competition. The first prize for the competition will be R700‚000.

Sundowns were formed in the 1960s by a group of friends‚ but became an official club in 1970.

The Motsepe family‚ in partnership with companies and organisations that they are associated with‚ pledged R1-billion in support of the government’s response to Covid-19 in late March.