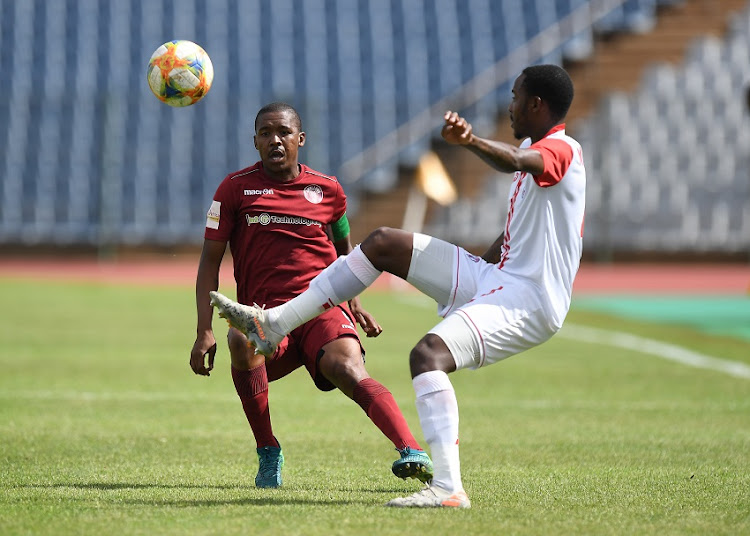 Former Bafana Bafana midfielder Lebohang “Cheeseboy” Mokoena has spoken out about the hurt of failed big money moves to Al Ahly‚ Benfica and RC Strasbourg that nearly “killed’ his spirit in the early years of his career.

A product of Orlando Pirates’ development from the same timeframe as the late Lesley Manyathela‚ Benedict Vilakazi‚ Gift Leremi‚ Joseph Makhanya‚ Kelebogile Mabe and Solly Mathe‚ Mokoena attracted interest from Al Ahly in Egypt‚ Benfica of Portugal and RC Strasbourg of France‚ but nothing materialised.

“It’s such things that kill you as a player‚ to say I am capable of going away from home to play at the highest level and against the best in the world but nothing happens‚” said the 33-year-old as he looked back at his career that took him from Pirates to Mamelodi Sundowns and Ajax Cape Town in the Premier Soccer League.

He also played for Maccabi FC and is currently in the books of Moroka Swallows‚ also in the GladAfrica Championship‚ who were pushing for a return to the PSL when the season was suspended almost two months ago.

“While I was with the [South Africa] U-17 national team‚ I was supposed to sign with Al Ahly – I think they offered good money for me to come and play for their reserve team at that time. I won the player of the tournament with the U-17s and Al Ahly wanted to sign me but my parents declined because they wanted me to grow a little bit and continue with my studies.

“I later got an offer to go to Benfica in Portugal but I left the talks to [Pirates’] management and nothing happened.

“There was another time when I played in an U-20 tournament in France as an invited player for Jomo Cosmos. That’s where Katlego Mphela was signed by Strasbourg and I was also supposed to be signed with him‚ but I was contracted to Pirates.

“After the tournament I was told that I must stay behind in France and they will sort everything out. Bra J [Jomo Sono] was supposed to pass the message to Pirates but I was not told anything from there.

“Those things do hit you‚ I could have had the opportunity to test myself against the best in the world and at the highest level.”

Mokoena said though those were missed opportunities he accepted what happened over time.

“I have made peace with it and I am happy I have a boy like [Club Brugge star] Percy Tau who I have shared my story with. When the opportunity came up for him‚ he didn’t hesitate to take it and what was supposed to have been done for me has been done for him.

“It’s good and I am just happy that something that was supposed to have been done for me was done for someone body else and he has a chance to achieve big things.

“I wouldn’t say I look back with regret – things turned out the way they did for a reason. At least I had the opportunity to live and I also had the chance to represent Bafana Bafana. I got the opportunity to play professional football at the age of around 16 and 17 years old.”