Meyiwa family want to know who mastermind of Senzo's death was 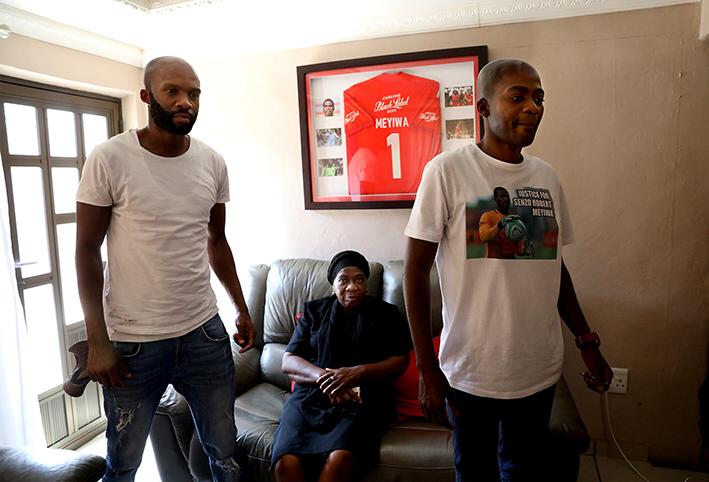 The brother of slain former Orlando Pirates player and Bafana Bafana captain Senzo Meyiwa is eagerly anticipating coming face to face with the men alleged to have been behind his murder.

Sifiso Meyiwa spoke to media outside the Boksburg magistrate's court ahead of the appearance of five men who allegedly murdered his brother.

“We heard that there is a mastermind and we want to see who this guy is. This case has brought so much pain for six years. All we want is closure,” he said.

The shot stopper was shot and killed at his girlfriend Kelly Khumalo’s Spruitview home six years ago.

Meyiwa said it was unfortunate that his father, Sam Meyiwa, died before he could see justice for his son.

A killer for hire from Nongoma in KwaZulu-Natal is suspected to have been the triggerman hired to kill Bafana Bafana and Orlando Pirates goalkeeper ...
News
11 months ago

“My mother hasn’t been doing too well. Her BP [blood pressure] has been high and she has been stressed because nothing has come from all of this,” he said.

The family’s hope of getting justice for the former Bafana number one goalkeeper was galvanised by AfriForum’s assistance.

AfriForum’s head of private prosecutions, Adv Gerrie Nel says despite the arrests of five men in connection with #SenzoMeyiwa’s murder, they will be keeping an eye on how the investigations and prosecution unfold. He was speaking at the Boksburg magistrates court @SowetanLIVE pic.twitter.com/oRJlCeymqY

“And we agree, that having gone through the evidence, that this is a hit and we've also indicated our full cooperation in exposing the mastermind and ensuring that the mastermind is also prosecuted."

He said the police had done a good job but at least one more arrest was needed.

“We will also be keeping an eye on how the investigations and prosecutions go,” Nel said.

The family of slain Orlando Pirates goalkeeper Senzo Meyiwa are preparing themselves as the circumstances that led to his murder look set to finally ...
News
1 year ago
Next Article