'I cannot confirm or deny there is a gun linked to Senzo murder,' says Bheki Cele 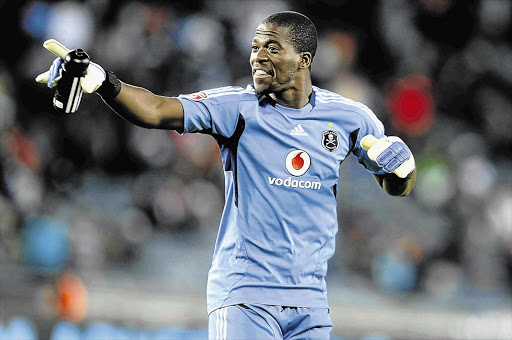 Senzo Meyiwa was killed in 2014 and the police have been criticised for not solving the case after so many years.
Image: LEFTY SHIVAMBU/GALLO IMAGES

Police minister Bheki Cele has said that if the gun used to murder Bafana Bafana keeper Senzo Meyiwa has been found, it should be used to solve the case.

“The gun found shouldn't make the news, it should finalise and resolve the case,” he said.

Cele declined to give an update or confirm whether a gun and the suspect linked to the murder had been found.

“It's a pity that you have to answer things that you are not responsible for ... I heard that it was leaked so how do you expect the minister to answer on leaked issues, so I will leave them leaked,” he said.

He was responding to questions by journalists on Wednesday after a News24 article which alleged Meyiwa's 2014 murder has been linked to a man now serving time for murdering a taxi boss and that the gun used was already in police custody.

The family of slain Orlando Pirates goalkeeper Senzo Meyiwa says they have not received any information from the police regarding the reported ...
News
1 year ago

Cele was in KwaZulu-Natal on Wednesday, where premier Sihle Zikalala and the province's executive council held a meeting on crime in the province.

Zikalala said that presentations at the engagement painted a grim picture and showed the seriousness and escalating levels of crime in the province.

“What was more concerning was that there are areas which in the past 10 years or more have featured continuously on the national list of leading stations when it comes to crimes such as murder and sexual assault,” said Zikalala.

Cash-in-transit security officers risk their lives carrying millions of rand on a daily basis. Despite a nationwide lockdown, SA Banking Risk Information Centre stats show a 29% increase in attacks on cash-in-transit trucks in 2020 compared with 2019. We talk to some of those tasked with transporting South Africa's money.