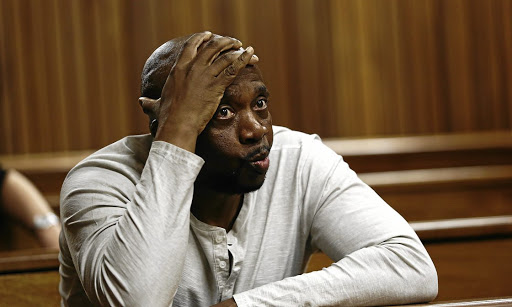 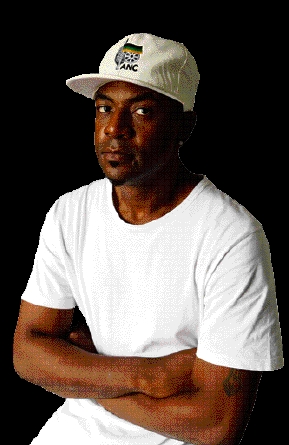 Twala, last week frogmarched his son to the Diepkloof police station after he allegedly stole a cellphone from his friend's son, Brian Phofedi, in order to feed his drug habit.

He told Sowetan that Longwe has been battling drug addiction for over 15 years.

An angry Twala said his son had stolen recording studio equipment in excess of R300 000 from him to feed his drug addiction.

"Longwe has been doing this for years, and it was time for him to face the consequences [of his actions]. This really made me mad because Longwe was on bail for another theft incident. When he was arrested, my sister bailed him out and I warned her about this. I said to her you should have left him there.

"On this case, I told the family they must open a case because he won't stop. He needs to learn that stealing is wrong. I have been warning him about it."

The son of legendary musician and producer Sello “Chicco” Twala has been arrested for theft at the Deipkloof police station.
News
1 year ago

A video recording of Twala berating his son at the Diepkloof police station went viral on Friday in which he could be heard scolding Longwe for bringing his name into disrepute.

"I've always said that I wish he was the one who killed Senzo Meyiwa so that he can rot in jail. I will never stand this s**t. Bloody s**t."

"My name is destroyed. Everyone when they see Chicco Twala they see a criminal. "They see a drug lord, they see all this s**t. I worked hard for my name I can't stand this sh**t," an angry Twala says in the clip.

On the same recording, Twala is also heard urging the police to "put a bullet in him" if he attempted to escape.

He said when Longwe was located, he had already sold a mobile phone. He directed the police to where it was sold.

"There is nothing painful like not trusting your own child. Longwe has sticky fingers, and has been stealing from me. I have raised my kids well to be independent and to know that whenever they mess up they put my name in jeopardy," he added.

Twala did right thing about son

Sometimes parents are forced to take hard decisions to correct the wrongs of their children.
Opinion
1 year ago

According to the police, Longwe, who is in custody, was arrested on Wednesday, and has appeared in the Orlando magistrate's court on Friday. Twala said he once opened a case at Douglasdale police station against Longwe for stealing, but he got away with a warning.

"People think that I don't love Longwe. I love him. He is my son in spite of his drug problem. God knows that I have tried everything and supported him in his struggle with addiction," he said.

"Longwe has been in and out of rehabilitation centres many times. I have spent over a R1m in rehabilitation efforts for him but he's still an addict."

Social media users previously accused Twala of protecting his son over his alleged involvement in the killing of Meyiwa. Twala said he was not worried about the issue of slain Orlando Pirates keeper Meyiwa as his son was not violent.

"I believe Longwe's story about what happened on the day Senzo was killed. He might be a junkie, but he is not violent. He does not carry a gun. If Longwe had murdered Senzo, I would have handed him over to the police."