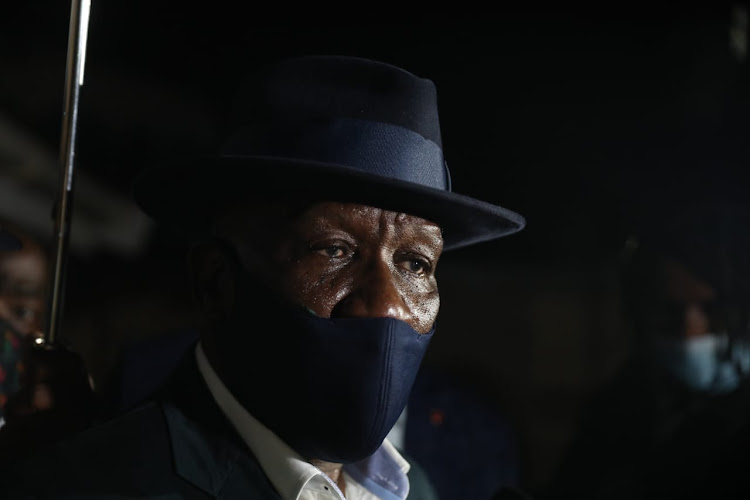 The motive behind the murder of Orlando Pirates goalkeeper Senzo Meyiwa might be “bigger than we previously understood”.

This is according to police minister Bheki Cele, who was speaking outside the Meyiwa family home on Monday evening.

As the rain poured, Cele said information police had obtained did not indicate that Meyiwa was killed in a botched robbery. However, it was also not conclusive that the killing was a hit. Cele said he believed the picture will become clearer soon.

He said other arrests were imminent.

Police minister Bheki Cele and national commissioner Khehla Sitole will on Monday provide a much-anticipated progress report on developments in the ...
News
1 year ago

He described the reaction of the family, particularly Meyiwa's mother, Ntombifuthi, as “emotional”. Meyiwa's dad, Sam Meyiwa, died in July last year without knowing what happened to his son.

“The last time I came to this house they were both here [Sam and Ntombifuthi] but the last time I saw this family was at the father's funeral. I did make a promise that there shall be no time where we throw in the towel,” he said.

The minister displayed optimism that the arrests will lead to the truth of what happened on this day six years ago. However, he said he remains cautious until a judge has delivered a guilty verdict.

“When the judge finds those responsible guilty, that will be the culmination of a lot of hard work. Yes, there are going to be good days ahead but that day will be the best,” he said.