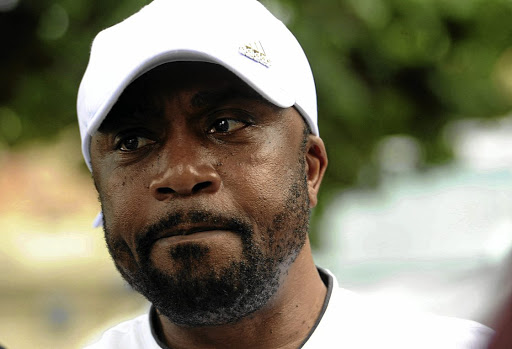 There has been overwhelming sympathy for musician and producer Sello "Chicco" Twala after he revealed that he spent more than R1m trying to rehabilitate his drug-addicted son, Longwe.

Twala spoke to Sowetan this week after he handed over Longwe to the Diepkloof police station. Longwe is accused of stealing a cellphone belonging to the son of Twala's friend to feed his habit.

Magaya Ndosi was one of those who felt for Twala: "As our government continues to overlook the sad impact drugs have on families, the families continue to bear the brunt. How long must these politicians ignore the suffering of South Africans due to drug proliferation?

"I also have a family member who is a drug addict. It is difficult to get people off drugs. I know how hard it is for Chicco, we are also pulling our hairs out in frustration."

Another reader, Moroka Lebola, said: "The harsh reality of the impact of drugs in people's lives can be felt in this case. This is every parent's nightmare for a son/daughter to turn into a junky. I feel for you Mr Twala. So sad."

@NakisaniF wrote: "I sympathise with Chicco. Many parents are going through this, but other politicians are still calling for a borderless country, defending drug lords to continue selling drugs to our children. #nyaope must fall."

@Ncumisa_Tatani wrote: "Drugs drugs drugs. What should parents do when faced with this problem mara? This man is not the only parent facing this and [it] seems there are no solutions. Strength to you, Mr Thwala."

A video recording of Twala berating his son at the police station went viral on Friday in which he could be heard scolding Longwe for bringing his name into disrepute.

"I've always said that I wish he was the one who killed Senzo Meyiwa so that he can rot in jail. I will never stand this s**t. Bloody s**t," Twala said.

"My name is destroyed. Everyone when they see Chicco Twala they see a criminal. They see a drug lord, they see all this s**t. I worked hard for my name I can't stand this sh**t," an angry Twala said in the clip.

On the same recording, Twala is also heard urging the police to "put a bullet in him" if Longwe attempted to escape.

He said when Longwe was located, he had already sold the phone. He directed the police to where it was sold.

"There is nothing painful like not trusting your own child. Longwe has sticky fingers, and has been stealing from me.

"I have raised my kids well to be independent and to know that whenever they mess up they put my name in jeopardy," Twala added.

Twala did right thing about son

Sometimes parents are forced to take hard decisions to correct the wrongs of their children.
Opinion
1 year ago

The son of legendary musician and producer Sello “Chicco” Twala has been arrested for theft at the Deipkloof police station.
News
1 year ago
Next Article