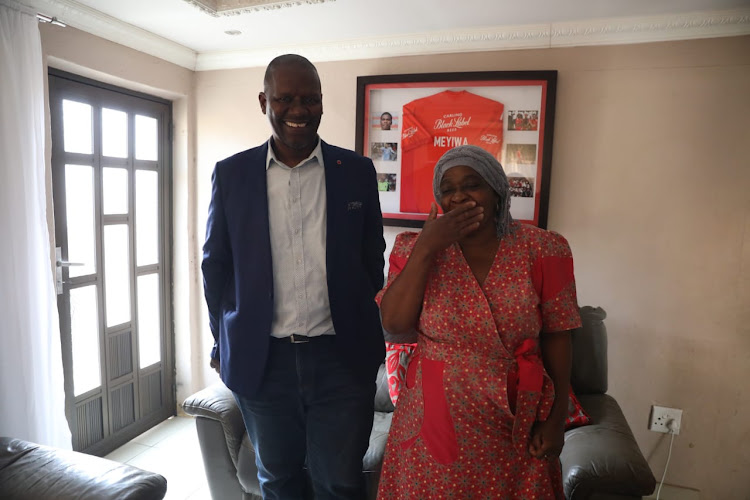 The family of slain Orlando Pirates goalkeeper Senzo Meyiwa are preparing themselves as the circumstances that led to his murder look set to finally emerge.

This follows an announcement by police minister Bheki Cele on Monday - six years to the day - that five people have been arrested in connection with the 2014 murder.

Speaking to TimesLIVE shortly after Cele's announcement outside the Meyiwa home in Umlazi, family spokesperson Siyabonga Meyiwa said the family was emotionally prepared for what lies ahead.

“I suppose there will be a feeling of betrayal maybe, with some people, about why certain truths didn't come early. There will be all types of emotions.

“Anger, elation, disappointment, because people should have known and come up with information a long time ago. There is an argument that among the people present no one was brought in for questioning,” Siyabonga said.

At the media briefing announcing the arrest, Cele described the state's case as “water tight”. The family said they believe him and were positive that it would reveal the truth.

“We always knew they would crack the case. There were disturbances, side shows, but the minister has briefed us and he has pretty much the same information he has always had, but at the time they could not continue because there was new information that had come in that was creating a disturbance,” Siyabonga explained.

He added that while the family had been briefed on the arrests before the media briefing, identities of those arrested had not been divulged. However, the family was clear on what was “transpiring”, he said.

Meyiwa was killed at his girlfriend Kelly Khumalo's home. Siyabonga said while it has taken law enforcement six years to crack the case, the family was relieved about the arrests rather than being angry about the time it took to make them.

“We are grateful that now we are told in no uncertain terms that they have a solid case. We are confident that there will be a trial and a real case.

"We preferred that it is done right rather than rush and get it wrong, because that's what we were told by the NPA.”

AfriForum, which took on the case, also announced that it would be briefing the media on Monday afternoon.

Siyabonga said the family would be represented at the news conference. He could not divulge the information AfriForum will be releasing but said there had been “sharing of information between the police and AfriForum”.

He also praised AfriForum for their “sterling work”.

“We suspected that there were powerful people behind the scenes, that people were being paid to ensure that the truth never sees a light of day.

“What kept our hope alive is that the minister would update us often. Now we are happy,” he added.

The Meyiwa family thanked South Africans and the media for keeping Senzo's memory alive and putting pressure on the authorities to solve the case and bring those guilty to justice.