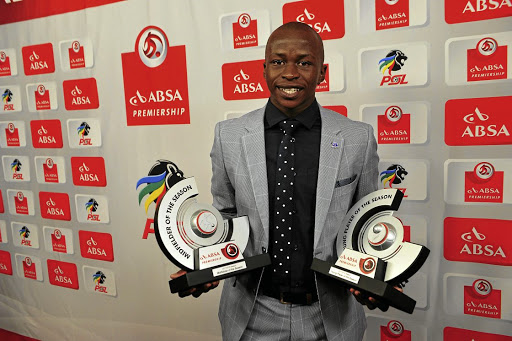 The winner will be revealed on Sunday night at the end-of- the-season awards gala dinner at Durban's International Convention Centre (ICC).

"He had a wonderful season. I like his passion and his educated left foot is second to none. He is one of the trickiest players to play against, a nightmare to many defenders,'' Ndlovu, who won the same accolade in the 2017/18 term, told Sowetan yesterday.

Club skipper Thamsanqa Mkhize says he is full of pride after being named not only Cape Town City’s Player of the Season but also the Player’s Player ...
Sport
2 years ago

"I was fortunate to train and spend some time with him [Links] at Bafana Bafana [in the last edition of the Cosafa Cup last June], he's a very ambitious guy. I think winning this award would be a huge motivation for him...''

After a stellar 2017/18 season, where he was also voted the Midfielder of the Season ahead of Mamelodi Sundowns skipper Hlompho Kekana and Orlando Pirates' Musa Nyatama, Ndlovu, 22, couldn't replicate his heroics this season as Maritzburg finished 15th.

Maritzburg will open their play-offs campaign at home to Royal Eagles on Sunday. Eagles finished as runners-up in the NFD behind champions Stellenbosch.