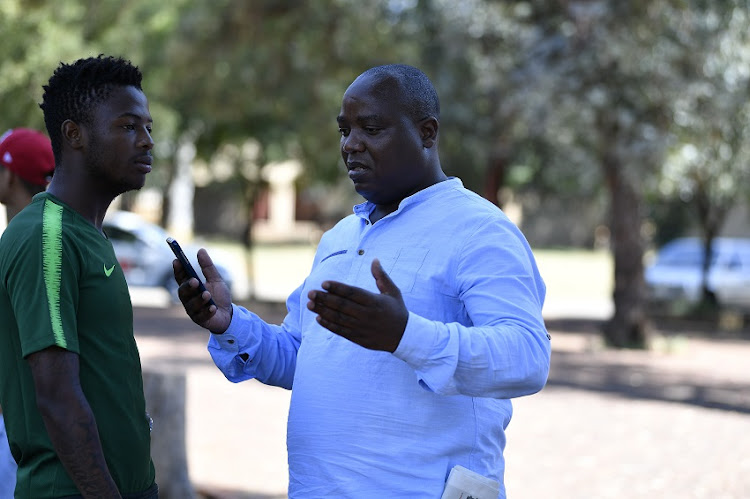 Phakamani Mahlambi says the South Africa Under-23s need a two-goal cushion from their Africa U-23 Cup of Nations qualifying encounter against Angola in Luanda on Friday (5pm SA time) to avoid pressure in the return leg at Bidvest Stadium on Tuesday.

Alongside options such as Lyle Foster‚ Luther King‚ Keletso Makgalwa‚ Jemondre Dickens‚ Khanyisa Mayo and Gift Links‚ Mamelodi Sundowns forward Mahlambi is expected to form a devastating attacking line for the U-23s at the start of their campaign to qualify for the Tokyo 2020 Olympics.

Mahlambi said scoring as many as two goals‚ and preferably not conceding‚ will be a good foundation to ensure SA move to the next round‚ where they will either meet Mozambique‚ Zimbabwe or eSwatini.

A winner in the second round will qualify for the Caf eight-nation U-23 Afcon in Egypt in November where the top three finishers qualify for next year’s Olympics.

“For us to be on the safe side we need to score at least two goals‚” Mahlambi‚ one of coach David Notoane’s players with experience of playing big matches on the continent‚ said.

“An away victory with goals is very advantageous when you are playing the second leg at home. So I too will prefer that we do most of what we need to do away.”

Mahlambi said the squad selected by Notoane was balanced and good enough to beat Angola‚ but admitted the key is the result they will get away from home on Friday night.

“This team is full of players who have had a couple of caps in Bafana Bafana and most have played together at some point in the junior national teams.

“That brings a lot confidence in the team‚ knowing we better understand each other’s strengths and weaknesses.

“I don’t really see us struggling to make it to Egypt where I also feel we can win the tournament and qualify for the Olympics.”

“It’s a good headache‚” said Notoane. “But I think we will get the right balance based on the talents and how we want to play.”

Finding the right balance in his starting line-up was the only concern for Notoane.

“The most important thing is to be cautious not to put the best XI names that might not give you the team performance‚” he said.

“So what we are looking for is the team balance‚ strength and the team synergy. And if it means somewhere you have to make compromises‚ you make those. That’s our job – to make decisions.

“It’s a two-legged tie and the nice thing about it is that it gives us an opportunity to also change our tactics coming to the second leg.

“There are players that are ideal for 4-3-3 and there are those better suited for 4-4-2 when you play away. So that gives us the flexibility.”