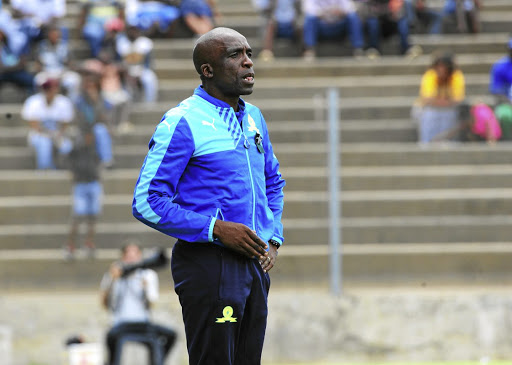 New South Africa Under-23 coach David Notoane has named a strong provisional
27-man squad as the junior national team prepare to begin their path towards the 2020 Tokyo Olympics in two-and-a-half weeks' time.

Notoane, appointed last week, has included a number of players who have played for SA at the Under-17 Fifa World Cup in Chile in 2015 and the 2017 Under-20 World Cup in South Korea.

Among notable inclusions in the squad, which the coach will trim to 23 tomorrow, are strikers Lyle Foster, Phakamani Mahlambi and Luther Singh. The defenders include Thendo Mukumela, Keanu Cupido, Siyabonga Ngezana and Reeve Frosler.

The Olympic team meets Angola in Luanda on Friday, March 22, with the return leg scheduled for Bidvest Stadium on Tuesday, March 26 in a 2019 Africa Under-23 Cup of Nations qualifier.

The South Africans were given a bye through the preliminary round, where Angola had a walkover against Namibia. If SA beat Angola, they will meet Mozambique or Zimbabwe for a place at the eight-team Under-23 Afcon in Egypt in November, where the top three teams reach the Olympics.