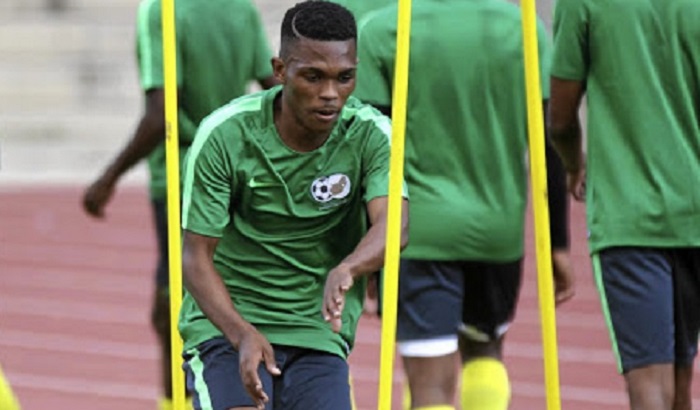 The SA under-23 team has a fearsome attack that has goals written all over it ahead of their meeting with Angola in the U-23 Afcon qualifier, in Luanda today (5pm SA time).

One of the attacking players in the squad is winger Gift Links of Cape Town City. He comes from a PSL team coached by the nation's all-time leading goalscorer with 31 goals, Benni McCarthy.

For Links, 20, it's a start of great things to come for his international career and he's already received advice from McCarthy that could prove vital against the Angolans.

"When coach Benni heard that I've been called up to the under-23 squad he said to me, 'My boy, this is an opportunity for you... make sure you grab it with both hands'. To me, I took his words and I'm here to work hard for the nation," said Links ahead of the clash.

Phakamani Mahlambi says the South Africa Under-23s need a two-goal cushion from their Africa U-23 Cup of Nations qualifying encounter against Angola ...
Sport
3 years ago

"One thing coach Benni keeps telling me is that I should be more direct in my play. Sometimes when I have the ball I turn back instead of heading straight to goal.

"It's something that I'm working hard to improve on, and I'd become more dangerous that way," Links added.

Meanwhile, striker Phakamani Mahlambi is also one to look out for in the squad.

The 21-year-old Mamelodi Sundowns forward can be a handful on his day and, with a winner needed over two legs between SA and Angola, David Notoane's boys will do well to win away and finish the job at Bidvest Stadium on Tuesday.

"I think with the quality of players that we have, the team is very good and balanced," Mahlambi commented.

"It's not only about the names, but us getting the win that we need so that we can qualify for the next stage," Mahlambi added.

Teboho Mokoena not disappointed after exclusion from Bafana Bafana squad

Teboho Mokoena is not disappointed that he wasn’t included in the Bafana Bafana squad that will face Libya in the decision African Nations Cup ...
Sport
3 years ago

The winner between SA and Angola will face the winner of the Zimbabwe versus eSwatini/Mozambique match, in the second round.

The nation that goes through the second round will qualify for the CAF 8-Nations tournament scheduled for Egypt in November this year, in which the three top teams from that tournament automatically earn a berth at the Tokyo Olympics in 2020.