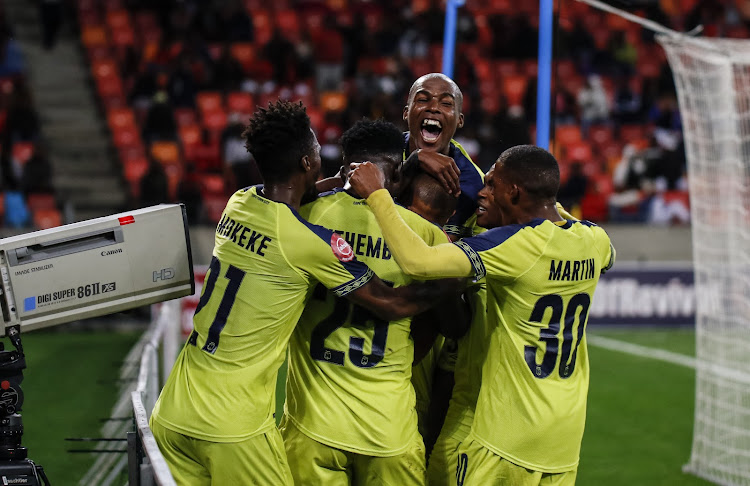 It keeps alive City’s slim hopes of taking the Premier Soccer League but is a real hammer blow for Chippa who stay second from bottom and starring at the stark possibility of relegation.

The goals came as City finally came alive in the latter stages and profited from the changes made by coach Benni McCarthy. City are still on course for a season total of 53 points but must win all their remaining games and hope the other frontrunners collapse in the last weeks of the campaign.

Roberts scored soon after coming on for a rare cameo, tucking away a clever chip from Taariq Fielies in the 82nd minute before Links blasted home with a rasping shot some four minutes later.

Chippa must now take points from their last two games at Polokwane City and Kaizer Chiefs if they are to avoid either straight relegation or going into the end of season promotion relegation playoffs.

Chippa needed to take the game to their visitors and did so from the outset, playing a much more adventurous game than seen in their more recent encounters.

There were early chances for Lerato Manzini who put a fifth minute shot just wide, followed by Boikanyo Komane, who headed over the top from a corner with the goal at his mercy.

City had their first chance in the 14th minute when Zukile Kewuti went wide, effectively taking the ball away from Siphelele Mthembu who was best placed to tuck it away from close range.

Towards the end of the half, there was also a good opportunity for Chippa’s marauding midfielder Tercious Malepe, who hit his effort from close range into the side netting.

Both coaches looked to freshen matters up with changes at the start of the second half, but Chippa suffered an almost immediately blow when Andile Mbenyane pulled his hamstring and Ruzaigh Gamielden came on to join Kurt Lentjies.

Malepe put another chance into the side netting before Zitha Macheke struck a power effort straight at City goalkeeper Peter Leeuwenburg – both inside the first 10 minutes of the second stanza.

But Chippa then let City take command and are now in serious peril.