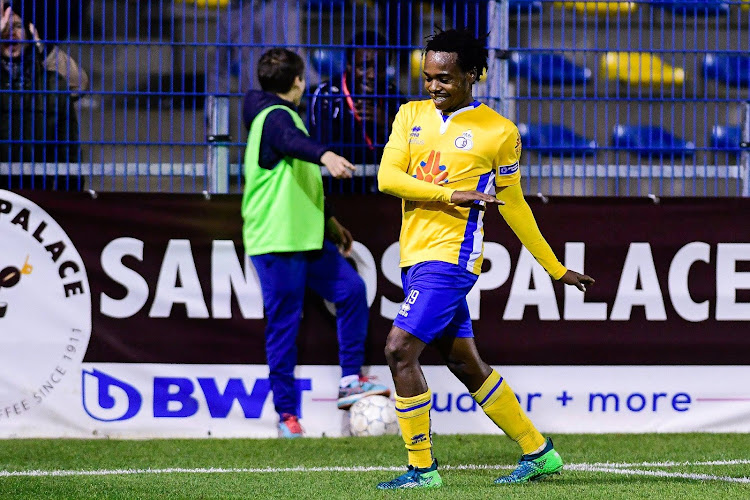 Tau has been in excellent form for club and country in recent months and grabbed two fine goals in the 3-2 victory over Knokke on Thursday night that advanced Union to a meeting with the leading club in Belgium‚ Genk in the last-eight.

That will be a mouth-watering prospect for him and his team‚ who have already ousted top side Anderlecht from the cup earlier in the season‚ with the game scheduled for Union’s home stadium on December 18.

Union are seeking a first semifinal place in some 40 years and if they are able to get there‚ then Tau is likely to play a leading role as very much the talisman of the side.

He took his two goals against Knokke in typical Tau style‚ both involving lovely pieces of skill.

The first saw him turn on the ball in the box and fire low into the bottom corner‚ the defender flummoxed by his movement.

The second strike saw him run onto a through-ball and beat the goalkeeper with a powerful shot from a narrowing angle.

Tau has now taken his tally to six goals in 15 starts for Union this season having arrived at the Belgian second-tier side on loan from English Premier League club Brighton & Hove Albion.

It also follows two excellent displays for Bafana last month against Nigeria and Paraguay‚ with Tau clearly full of confidence.

His move to the lowly Belgian second-tier has been criticised and while it does seem a waste of his enormous talent‚ he is clearly reveling in his first months in Europe and gaining confidence‚ which is important for a player like Tau.

He will next be in action in the league away at Lommel on Sunday.

Tau and Mothiba strike up a lethal partnership

Bafana Bafana coach Stuart Baxter was planning to take goal hero Percy Tau off before the end of Tuesday’s international against Paraguay in Durban ...
Sport
3 years ago
Next Article