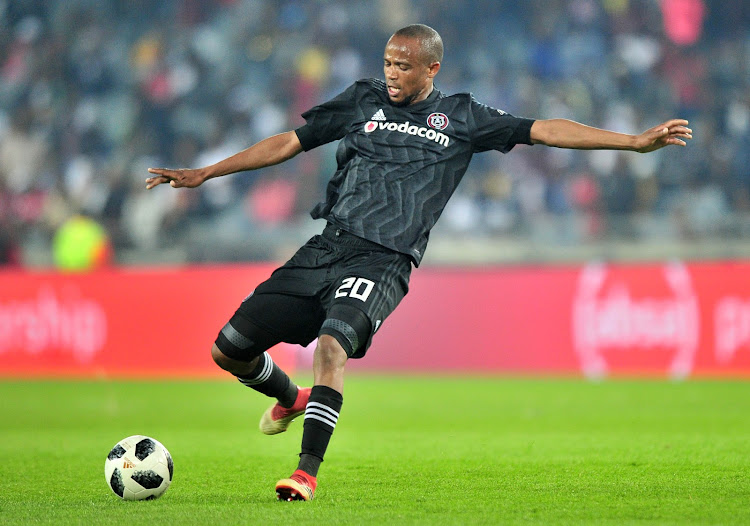 Xola Mlambo says he is not worried about getting the cold shoulder from Bafana Bafana coach Stuart Baxter despite his impressive performances over the course of this year.

Instead the Orlando Pirates’ creative midfielder sees the snub as more of a motivation than anything else.

Mlambo was tipped by many to crack Baxter’s squad in September and October ahead of crucial 2019 Africa Cup of Nations (Afcon) qualifying matches against Libya and Seychelles.

But despite being in good form and arguably the best central midfielder in the Premier Soccer League (PSL) presently‚ Mlambo did not make the cut when Baxter announced his squads.

“All of those reports and saga [about me playing for Bafana] I didn’t take it to head but I took it as a motivation for me to keep working hard.

The KwaMahlobo Games is an annual developmental tournament in its 22nd year and is aimed at unearthing raw talent in the townships.

The SA Football Association (Safa) has partnered with Spain’s La Liga as sponsors of the tournament.

The tournament starts on December 19 at KwaMahlobo Sports Ground in Meadowlands and the final will be played on January 5.

It is contested by 40 clubs from across the country but mainly from Soweto.

“These games are always well attended and they helped me a lot in my formative years‚” Mlambo said.

So good has the soft-spoken midfielder with a knack for defense-splitting passes been this season that his mentor and former coach at Chippa United Dan Malesela even said that if he were Bafana coach he would not think twice about selecting the player.

“I don’t know if coach Dan said that statement because of the relationship I share with him or not‚” Mlambo responded.

“But knowing Dan and his honesty. And if he was Bafana coach‚ with the words he has said about me‚ I think he would have given me the opportunity‚” Mlambo said of the Pirates and Mamelodi Sundowns legend‚ who is now head coach of First Division TS Galaxy.

Malesela was previously Mlambo’s coach at Sundowns’ development side M-Tigers‚ then NFD outfit Cape Town All Stars‚ and then again in the PSL with Chippa.

Mlambo said he plans to continue working hard in training and performing consistently for Pirates and hopes that he will eventually force Baxter’s hand.

“It’s not important at the moment [to worry about Bafana selection]‚ but what matters is how can I improve my game to improve my chances of representing the country.

“There’s still a lot that I need to improve and I’m working on those things with the technical team.

“I think I need to improve defensively and in terms of attacking and scoring goals but it’s a process and it takes time‚” Mlambo said.

Pirates will be looking to end four years without winning a trophy when they take on Baroka FC in Saturday’s Telkom Knockout final at Nelson Mandela Bay Stadium in Port Elizabeth (kickoff 6pm).

Orlando Pirates will be favourites heading into Saturday’s Telkom Knockout final at the Nelson Mandela Bay Stadium in Port Elizabeth‚ with greater ...
Sport
3 years ago

TS Galaxy coach and Orlando Pirates legend Dan Malesela has said that if he were Bafana Bafana coach he would not blink before selecting Buccaneers ...
Sport
3 years ago
Next Article