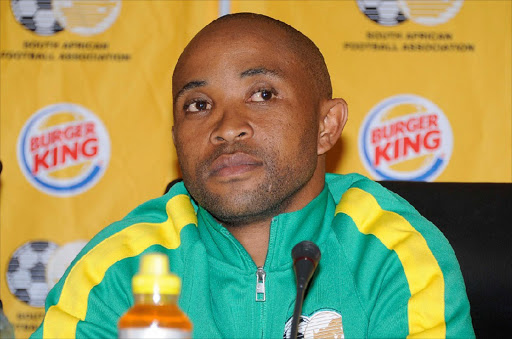 SA coach Thabo Senong says he is pleased with the start made by his side in their 5-0 mauling of Mauritius in their opening Group B clash at the 2018 Cosafa Under-20 Championships in Kitwe‚ Zambia on Monday.

Senong is using the regional tournament to prepare his side for the 2019 Africa Under-20 Championships in Niger in February‚ where they will hope to qualify for the World Cup in Poland later in 2019.

Amajita scored all of their goals in the first 38 minutes‚ but failed to break down the islanders in the second period.

“We did well‚ the players stuck to the gameplan‚” Senong said. “First games are never easy‚ so it is important to create chances‚ not concede goals and reduce the number of mistakes.

“But you can never underestimate any team in this tournament. There was an improvement with Mauritius in terms of their height and how they organised themselves in the second half and they did not give us a single goal after halftime.

South Africa coach Thabo Senong says he is pleased with the start made by his side in their 5-0 mauling of Mauritius in their opening Group B clash ...
Sport
3 years ago

“Our individuality helped us in some moments‚ and the combination play we have. We were hoping to get one or two goals on set-plays but Mauritius stopped us. We know where we are going [Under-20 Afcon] set-plays are going to determine games. You can never rely on scoring goals in open play only.”

Senong said he has had to rebuild to a certain extent after missing a number of players he would have liked to select that were not released by their clubs.

“It is very difficult because we have debutantes and are giving away new caps. We have lost 30% of our players to Premier Soccer League clubs because it is now in season and players were not available.”

Next up is eSwatini on Saturday‚ where Amajita will seal their place in the semifinals with a win as the pool was reduced to three teams following the late withdrawal from the competition of Namibia. A draw would also be enough if eSwatini and Mauritius draw their pool game on Thursday.