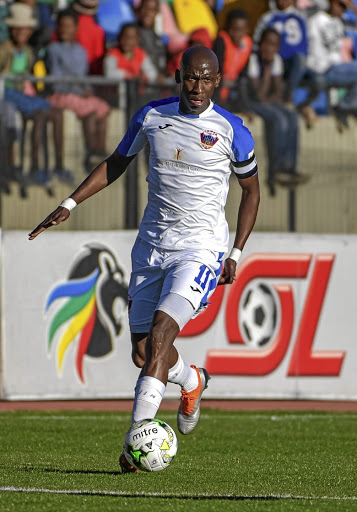 The last time Orlando Pirates faced a Limpopo team in a domestic cup final, the Buccaneers were on the winning side.

Pirates defeated Leopards 3-1 in the Nedbank Cup decider seven years ago at Mbombela Stadium. It completed a big week for Pirates, who had won the league just a week earlier, on May 21 2011.

Bucs' win was a big loss for Limpopo, though, because it denied the province its first final win.

Leopards were a National First Division team at the time. With the likes of Tiyani Mabunda, who's now with Mamelodi Sundowns, and current Polokwane City duo Rodney Ramagalela and Edgar Manaka, they tried in vain to stop Pirates, who were under the guidance of Dutchman Ruud Krol.

Pirates were represented by the likes of late goalkeeper Senzo Meyiwa and Mark Mayambela, who's now with Chippa United.

Mayambela told Sowetan yesterday that Leopards weren't so disappointed with the loss after the match, being an NFD team that fell just short against one of the country's biggest teams.

Baroka FC players and technical team have been promised half of the prize money if they win or finish runners-up in the Telkom Knockout final against ...
Sport
3 years ago

But now Pirates meet Baroka in the Telkom Knockout final at Nelson Mandela Bay Stadium (6pm) and Mayambela reckons Pirates must prepare themselves for a big fight this time.

Bakgaga have an opportunity to avenge Leopards' loss and after beating Sundowns and Bidvest Wits on their way to the final, no one can afford to write them off.

"When you play for a big team, each and every game that you play there is pressure," Mayambela noted.

"Now everyone is expecting Pirates to win, but everyone knows Baroka beat Sundowns and Wits.

"I can tell you it's not going to be easy for both sides."