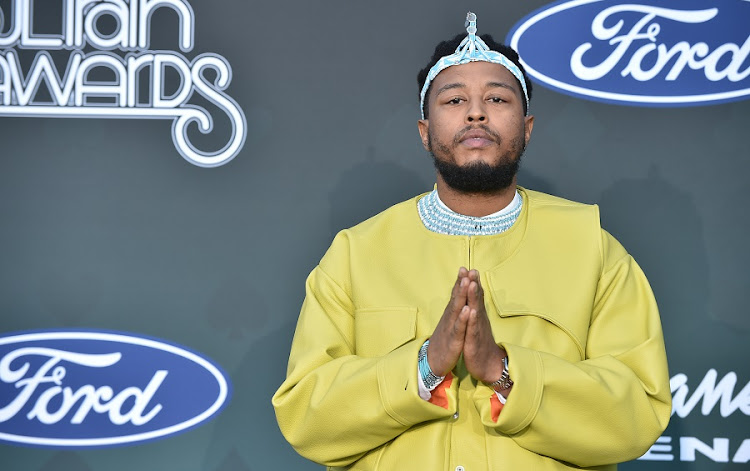 SA muso Anatii is the toast of Mzansi and beyond after winning a prestigious Soul Train Award in America for his collab with Wizkid and Beyoncé.

The annual awards, which took place in Las Vegas on Sunday, honour the best in black music and entertainment.

The rapper bagged the Ashford & Simpson Songwriter’s Award alongside Bey for his contribution to the song, Brown Skin Girl, which featured on the star's latest album, Lion King: The Gift.

The song was also nominated in the Best Collaboration Performance category.

The star took to social media shortly after the win to thank his fans for their support and said prayers really work.

Anatii reflected on working with Beyoncé in a social media post earlier this year. He said there was an “incredible team” behind the song.

“The energy was pure! The cultural shift has begun!” he added.

Social media was filled with messages of congratulations for the star, including one from Sjava.

SA is fvcking it up internationally ! Congrats @ANATII !! ??

Congratulations on the win bruv @ANATII ... This is major. Flying the flag ?? . We’re proud #SoulTrainAwards19

My brother @ANATII God’s Dream? Congratulations to you @wizkidayo and the whole team ? Blessings On Blessings ?❤️ https://t.co/PwHYmyqb6Y

Can someone tell Xhosas they need to relax and allow us breath??phela this is too much?? Big Up to Anatii pic.twitter.com/ZWOdRF7Bf0

Southy to the world pic.twitter.com/2ZLlefapBM

Anatii nominated for Soul Train Award for track with Beyoncé

Mzansi celebs are doing the most up in these streets.
Entertainment
2 years ago

SA hip - hop was unapologetic of its existence, finding its own voice and identity through motswako, kasi rap, spaza, and later through skhanda.
Entertainment
3 years ago

Busiswa is here to get amped for the weekend.
Pic of The Day
3 years ago

From Moonchild's perfectly timed 'YEBO' to Busiswa's 'VUMANI BO!', that song slaps!
Pic of The Day
3 years ago
Next Article