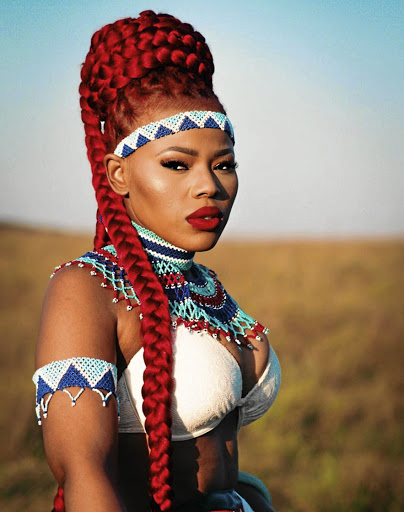 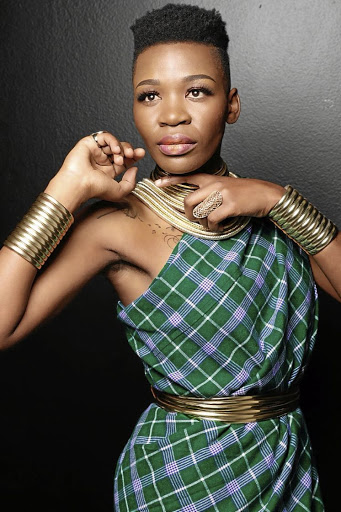 The SA Music Awards (Samas) taking place at Sun City, North West, next weekend will feature two new faces that have breathed new life into the industry in the past year.

The sultry and sensuous Lady X (real name Xolisa Mvula) serenaded us with her soothing single iGugu Lami from her album Love.Life.Complicated.

Tabia's story is a Cinderella tale of a vocalist who stepped out of the shadows as a backing vocalist for greats such as Sipho "Hotstix" Mabuse to enjoy the centre stage with her debut album The Journey with hit single Ng'yazifela.

Ahead of the biggest night of their careers they look back at how far they have come.

"A lot of people know me as a backing vocalist and they are not taken seriously because they are in the background.

"Being nominated was a reminder that I have so much power in me to move mountains only if I believe," Tabia tells me.

In such great company it's easy to suffer from the impostor syndrome, but not Tabia. She has had to find her centre and know that she is just as deserving of the nomination and possible win as the others.

"This nomination was an eye opener. It said to me that someone out there believed in what I did and therefore I didn't have to doubt myself.

"I've realised that what I do is for a purpose, the One who gifted me with talent said it will take me places.

"He said he would never leave me nor forsake me. I'm a living testimony of that. This album has turned my life around in a short space of time."

Since her initial shock when the news of her nomination broke via a phone message from her producer Mojalefa "Mjakes" Thebe while she was at home watching TV with her mother and sister, Tabia has become reflective.

"There are so many singers of African contemporary and I'm in the top five in the country, that means a lot.

"We don't do music for awards but for a mission and a message, and what has happened is to affirm that I'm in the right direction.

"This is my first album and it's overwhelming. I never expected to be nominated for a Sama so soon. It says a lot about the work I have put in for the project, and the belief people have behind The Journey. It's humbling."

Unfortunately Tabia will miss the big moment as she will be performing at Soweto Theatre at her mentor Mabuse's The Journey show.

"I'd have loved to experience the Sama for the first time, it's something I have watched on TV for as long as I can remember, but I will sacrifice it for the biggest show happening."

Lady X says every time she thinks about her Sama nomination she starts to cry.

"... and that's not because I'm an emotional person. It's just because I've gone through a lot in the music industry.

"I've gone through a lot of darkness and experienced a lot of pain and a lot of heartache.

"Getting to this point where I have this album that belongs to me completely, and is about my truth, my love, my life and my complicated love life just just brings me to tears. It validates all of the heartache, pain, disappointments and abuse I had to overcome as a female in this industry."

She says being nominated reminds her that through hard work, dedication and true talent she can get recognised.

"I hope this nomination makes people hear me, see me and acknowledge my talent. This nomination is to say to my mother 'thank you for always believing in me, I promise I'm still going to make you even more proud Mandlovu'."

Lady X sees the awards as the local version of the Grammys.

"When I was younger dreaming about going into music I would watch . my idols win Sama awards on television, and as a result they've always been a symbol of validation to me.

"Getting this award . [is] a validation that every South African artist dreams of.

The Sama25 takes place in Sun City next weekend May 31 and June 1. It will be televised on SABC from 8pm on Saturday. Tickets at Ticketpro.