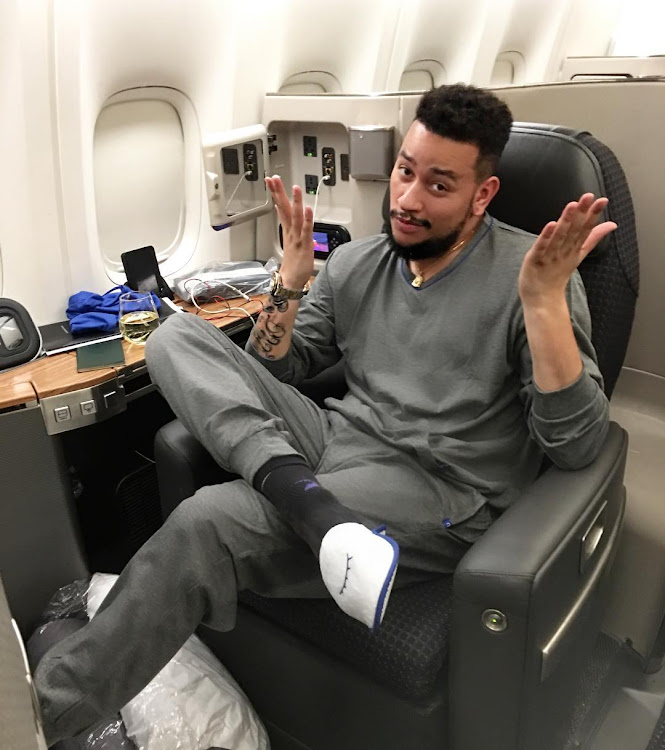 Move over Somgaga, the comedy world is now AKA’s.

Sowetan can reveal that following the success of The Roast of Somizi earlier this year the controversial rapper, known by his other moniker Supa Mega, will headline next year’s Comedy Central Roast.

The Comedy Central Roast of AKA will be filmed at The Teatro at Montecasino on February 21.

Viewers will be treated to the rapper, renowned for his smash diss track Composure, facing the music as he takes a verbal lashing from industry peers.

The list of names set to bake, boil and roast the Baddest and The World is Yours hitsmaker will only be announced next year.

THE SUPA MEGA @akaworldwide, is getting ROASTED 🔥🔥🔥!!! Will he come out a fella in BURNT Versace, or will the end be a victory lap?? Get those tickets 🎫🎟 and come witness the HEAT 🚒😬. #RoastofAKA @showmaxonline pic.twitter.com/2LBxFCXWvQ

But AKA told Sowetan yesterday that top of the list on who should roast him are Nomzamo Mbatha, Anatii, Itumeleng Khune, Derek Watts, Pearl Thusi and his mother Lynn Forbes.

“Nomzamo because she’s quick with her comebacks and has a lot of spunk in her. She’s still topic from the last roast,” said AKA. “Khune, the guy just knows how to make himself the butt of Twitter jokes, without even realising it.”

The Roast of Somizi was the highest-rated South African roast to date.

Gareth Cliff served as the roast master while the panel was made up of DJ Fresh, Mbatha, Skhumba, Fikile Mbalula, Kurt Darren and Ntsiki Mazwai. In recent years, business tycoon Kenny Kunene and singer Steve Hofmeyr have headlined it.

Somizi ready to be 'roasted' alive on TV

The joke's on Somizi

Somizi included in Blacks Only.
Entertainment
4 years ago

He's a man of humour‚ so I know he can take it.
Lifestyle
4 years ago

Somizi is set to be grilled by the likes of Gareth Cliff‚ DJ Fresh and Nomzamo Mbatha.
Lifestyle
4 years ago
Next Article