Estate agency board accused of not doing its job 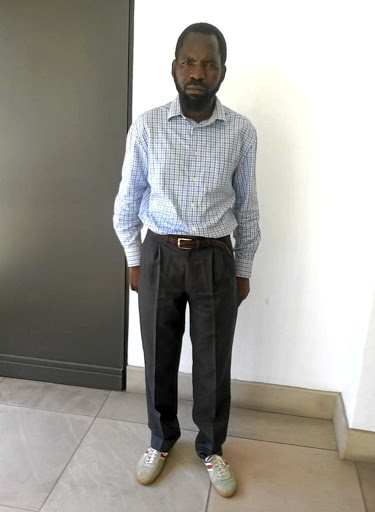 The Estate Agency Affairs Board says it will pay Bernard Dludlu his R79,960 but his attorney knows nothing about it.
Image: Supplied

The Estate Agency Affairs Board (EAAB), which was set up to protect consumers, has been accused of failing a home buyer who was swindled out of his money six years ago.

The agency's core function is to manage and control the Estate Agents Fidelity Fund in the interest of the public and estate agents it has registered but all that Bernard Dludlu has received from it is a litany of lies and excuses instead of redress for two years, Dludlu says.

Dludlu, 46, of Rosettenville, wanted to buy a house that was advertised for sale in 2014 when he met Willy Kalala of Southern People Properties.

Dludlu, a father of three, said Kalala assisted him to apply for finance, which was approved by Absa Bank, and around August 2014 he paid the estate agent a deposit of R89,960 following the signing of an offer to purchase.

Due to a delay in registering the house in Dludlu's name, the deal fell through but the estate agent did not refund him.

"Two years later, I approached the EAAB to lodge a complaint and following a committee of inquiry, the estate agent pleaded guilty to theft of my deposit and paid back R10,000," he said.

Unscrupulous tow truck companies continue to tow road users cars against their will from accident scenes and later sell them to defray storage costs.
Opinion
1 year ago

He said in the presence of the EAAB committee, Kalala promised to pay the balance by the end of September and bring proof of payment to the committee but didn't do so.

"He did not even show up on the date set for the meeting," Dludlu said.

He said he later enlisted the assistance of attorney David Feinberg, a partner at Rosengarten & Feinberg, who then approached the EAAB for guidance and was advised that he could claim his R79,960 from the board if he complied with its claims procedures, which he did.

The procedure involves writing a letter of demand, serving a summons, obtaining a default judgment, getting a writ of execution and sheriff's return of service, Dludlu said.

He was also required to open a criminal case with the police, and due to the lengthy nature of civil proceedings, his attorney had to keep the board updated of all developments in the matter.

After complying with the procedure, his claim was not considered and was subsequently closed without prior notification, he said.

Estate agents must have fidelity fund certificate.
Opinion
1 year ago

The remaining R79,960 was never paid back by the EAAB estate agent .

"There were lengthy periods of complete silence from the EAAB and I still remain without the [balance] that I was promised by it," he said

He said his lawyers have been met with silence, no updates or a response for the recovery of claims under R100,000 has not yet been set.

Dludlu said his file was subsequently closed because the EAAB claimed that it had not received relevant documents, even though those documents had been sent to it in August 2018.

He was later told that the EAAB did not have a board and that all claims above R100,000 would be stayed until the minister appointed new board members or made alternative arrangements.

However, Dludlu's claim is below R100,000 and does not have to wait for the appointment of the board members, he said.

He said his claim was subsequently approved in July last year but further excuses were given for not paying his money.

The blame was on the board's changed systems at its finance department as well as unforeseen delays in the executive, resulting in his payment not being made, he said.

Dludlu said he was promised that his matter would be escalated to the acting chief financial officer, but eight months later he is yet to hear from the EAAB.

"I have not been able to pay school fees due to the money I lost and it is extremely distressing that the EAAB, which has been set up to protect consumers, has failed me like this," he said.

She said his claim has been approved and he would be paid after submitting documents needed to process the payment.

She said Dludlu would be formally notified of the outcome.

"Please note that all claims against the EAAB Fidelity Fund go through a rigorous legal process to ensure that sound and fair decisions are made with all claims," Mohlala said.

When approached for comment, Feinberg said his firm was thrilled to hear that the EAAB had approved Dludlu's claim.

... As Nomzamo's character is killed.
Entertainment
1 year ago

"We place on record that neither us nor Bernard [Dludlu] have been notified of this to date," he said.

"We have not heard anything from the EAAB since October 2019, notwithstanding that we have been emailing and calling since this date."

Feinberg said his law firm had not received any requests for payment details from the EAAB and was still in the dark about what was happening.

He said Dludlu's claim was not approved in July last year and that in fact this was yet another error from the EAAB. Feinberg said this was coupled with contradictory communication from the EAAB.

"While one official would say Dludlu's claim is approved, it would be followed by another e-mail stating that the approval was a mistake.

Furthermore, a third e-mail from another official would say they have lost the file or closed it," he said.