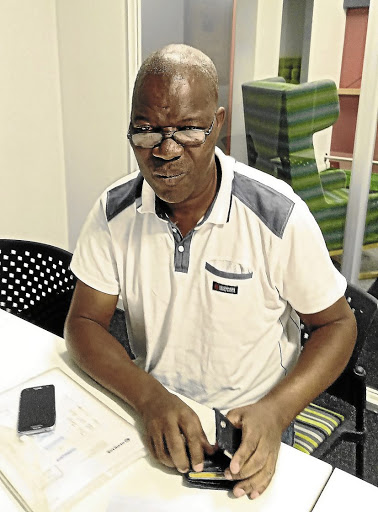 Thokozani Mhlungu and his family have been fighting to occupy a house they bought in 2017.
Image: Thuli Zungu

Authorities have declared war on people who sell houses without fidelity fund certificates.

The Property Practitioners Act was signed into law on September 19 by President Cyril Ramaphosa.

An ombudsman for consumers ripped off in the property industry will soon be appointed.

People who bought houses from a private home seller who had no fidelity fund certificate can now claim the commission paid to such sellers of property.

The act has a wide definition of what a property practitioner is.

It no longer relates only to estate agent, but includes bond brokers and people doing home inspections too.

Section 48 of the Property Practitioners Act, which has replaced the Estate Affairs Agency Act, prohibits any person to sell houses without a fidelity certificate.

The act provides more protection for consumers like Thokozani Mhlungu, who claimed that he was unfairly prejudiced by the person who sold him a house that he is yet to occupy..

Section 58 states that a property practitioner may not practice with any person who is prohibited by any law, any professional code of conduct, any code of ethics or protocol.

The act also limits a property practitioner from entering into any arrangement, formally or informally, where a consumer is obliged or encouraged to use a particular service provider, including an attorney to render any service or ancillary service in respect of any transaction of which that property was the effective cause.

He said if consumers deal with someone who does not have a fidelity fund certificate, they can demand the commission to be paid back.

"Furthermore, an attorney cannot pay anyone without such a certificate any commission monies," said Rademeyer.

Mhlungu used his life savings to pay cash for a house that was sold for R250,000, but he only has a title deed to show with no roof over his head.

Mhlungu said he felt deceived when the seller told him he would evict the people from the house he purchased when he seemingly has no intention do so.

Section 63 of this act makes it a punishable offence for any property practitioner to deceive any consumer.

Rademeyer said the new law sets out various requirements for a property practitioner to comply with an order to get licensed.

He said the act aims to ensure that consumers will be dealing with a swell educated and trained property professional.

As soon as they are appointed, they will be able to implement the regulations of the act.

Rademeyer said the estate agents used to fall under the Estate Agents Affairs Board, but it be dissolved and replaced by the property practitioners regulatory authority.

"Their task would be to make sure that more qualified and reputable people work as property practitioners in the industry," he said.