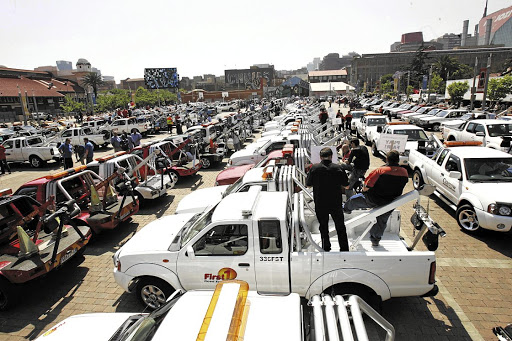 Motorists should avoid engaging the services of tow trucks until an authorisation from their insurers. /VELI NHLAPO

Unscrupulous tow truck companies continue to tow road users cars against their will from accident scenes and later sell them to defray storage costs.

The office of the Consumer Goods and Services Ombudsman (CGSO) has received a number of similar complaints against several tow truck companies.

The modus operandi in all the cases reported to the CGSO is that the tow operator pretends to call the driver's insurer to confirm authorisation for the specific tow company to tow away the car.

They also allegedly promise to help the driver with claims and accident assessments. When the driver later contacts their insurer, they are told no authorisation was provided nor was there any call logged to seek authorisation.

It is alleged that the tow company then charges the driver for storage and towing fees which were not previously disclosed and refuses to release the car if the driver does not pay.

CGSO's ombudsman Magauta Mphahlele warns consumers to call their insurance companies on their own instead of relying on the service of the tow truck operators.

She said drivers have also complained that the tow companies also strip and vandalise their vehicles during their care at their premises.

Even worse, motorists end up being dispossessed of their vehicles when they fail to settle the exorbitant amounts charged for towing, salvage and storage fees, Mphahlele said.

Violent protests in PE over failure to relocate shack dwellers

Anger over disappointed expectations, empty promises and long delays in the relocation of residents from Vastrap informal settlement, northern Port ...
News
1 year ago

Section 40 of the Consumer Protection Act says it's an unconscionable conduct for a service provider to use undue, influence, unfair tactics or pressure when in connection with supply of goods or services to the consumer.

Mphahlele said a complaint was lodged with her office after a consumer was involved in an accident in December.

At the accident scene, while laying on a stretcher to be transported to the hospital by an ambulance, Sibusiso* alleged that a tow truck driver insisted on taking his car so that they could help him with an accident assessment report to submit to the insurance of the person who bumped him.

Sibusiso said he repeatedly told the tower that he would not be able to pay for towing services and storage since he was unemployed and did not have an insurance.

He rather preferred to have the metro officer on the scene to tow his car with the metro truck and keep it in their yard until he was fully recovered.

The metro officer confirmed that they could tow it for free, but lost the fight to the tow truck driver who advised against it and insisted that his company would help him with claiming for third party insurance, said Mphahlele

"Despite the consumer's advice that he could not afford the towing fee, the towing company eventually towed his car."

Two weeks later, when he called to check on his car, he alleged he was told that he owed over R12,000 and that if he didn't pay the amount demanded they would sell his car.

Some towing companies seem to take advantage of the state of shock and confusion that a driver experiences after being involved in an accident, she said.

"Some of these companies have refused to cooperate with our office to resolve the complaints and as a result we have referred them to the National Consumer Commission for possible further investigation" said Mphahlele.

In view of the above, CGSO advices consumers to use towing companies that are authorised by their insurers or alternatively consider the following guidelines before concluding an agreement with any towing service company:

If you are insured, make sure you understand the benefits of your policy, the claims procedure as well as their guidelines on what to do when involved in an accident;

Make sure to store the contact details of your insurer's emergency roadside assistance and claims departments;

When involved in an accident and if possible, rather contact your insurance provider yourself to report the accident and obtain authorisation;

If the tow truck driver claims to have contacted your insurer, ask them to write down the number they called as well as the person they spoke to before you allow your car to be towed;

Do not allow your car to be towed unless you have either confirmed that your insurer has given the go-ahead and if not ensured that you understand the cost as well as the terms and conditions of the towing contract you are signing;

Remember to write down all the details of the towing company that you are using, before they tow your car away.

Make sure to read through the documentation that the tow truck driver has given you. Don't just sign anything until you know what you are signing for;

Also make sure that you are authorising them to tow your car away. So, only the driver of the car can sign that document; and

Remember to remove all your valuables from your car before it gets towed away. The tow truck company will not be held liable for missing valuables.