Training authority coughs up at last 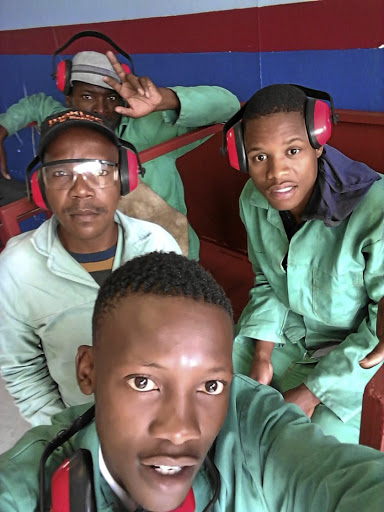 The Local Government Sector Education and Training Authority (LGSETA) has been accused of exploiting 28 trainees whose stipends totalling R658,000 have not been paid for the past seven months.

However, their worries are now over. The LGSETTA last Friday paid their money following Consumer Line's intervention.

The education sector authority provides a platform to facilitate the training and up-skilling of various employees and people involved in local government structures, as well as unemployed South Africans.

Josia Moloto, 36, of Mokopane, Limpopo, approached Consumer Line after his lone battle to get his monthly stipend of R2,500 got him nowhere.

Moloto said he was among a group of 44 students who did an apprenticeship with Better Best Stills Company and Taining Centre in Mokopane, Limpopo. The company is sponsored by LGSETA.

He said of the 44 learners, only 28 met the required performance to qualify for the monthly stipends.

He said in July last year, Margaret Marakala, a provincial manager at Limpopo, agreed that R658,000 would be paid to the learners, but no payment has been made until now, Moloto said.

He said their contract started in November 2015, ending in August 2018 with unpaid seven-month stipend.

About this amount, Moloto said they have had unfruitful meetings with LGSETA because it made promises it could not honour.

Moloto said LGSETA professed to play a key role in service delivery, and in improving people's lives, but did the opposite.

"How do they improve our lives if we have not received our seven month stipends since 2018, and surely this is not an excellent service delivery they can brag about?"

Moloto and Caneth Moitsi, 31, and other 24 interns, said they responded to an advert in which Better Best needed interns.

Moitsi was later placed at a firm in Klerksdorp, in North West.

Old Mutual has had a change of heart and agreed to pay a claim it was accused of rejecting unfairly.
Opinion
1 year ago

He rented a backroom and paid a monthly rental of R700, but was later evicted when he failed to meet his rental obligations.

"Can you imagine being away from home with no place to stay, and still be expected to work with no bus fare, not because I was irresponsible, but because I was not paid my stipend as promised," he said.

He was also not paid his stipend for seven months, and battled to get his money totalling R17,500, he said.

He said this payment has been outstanding since August 2018 .

Presley Kekana, 27, of Mokopane, said he is disappointed by the way in which the LGSETA had treated them.

LGSETTA's Linda Budaza said the payment should have been made at the end of January, but funds were eventually released last Friday, 16 months later, to the deserving students.

"Subsequent to the last communication we sent to you, committing to pay before the end of January 2020, it gives me pleasure to inform you that LGSETA has released the payment to the service provider, Better Best, who will then be responsible for the disbursement of the funds to the students."

Budaza said proof of payment has been sent to Better Best.

She said their last effort would be to follow up in the new week just to make certain that "indeed Better Best pays the students".