Why tenants need to inspect before moving in 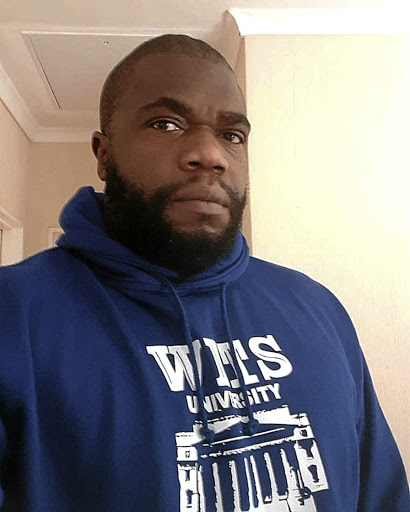 Roland Ngam wants to get his deposit back as he believes he should not inherit the wrongs of the tenant he took over the lease agreement from. /Supplied

Whether you are a seasoned landlord or new property owner, renting out your precious asset can be a nerve-wracking experience. And if you are a potential tenant, you also want to know your rights before signing on the dotted line and booking a moving service.

This includes taking occupation of a clean, painted property that is pest free.

One of the most important things after paying a deposit is for the tenant and the landlord to jointly inspect the dwelling and draw up a list of any defects to determine the landlord's responsibility for rectification.

Many tenants do not know this and forfeit their deposits because they are unable to prove they found the place in a dilapidated state.

Ronald Ngam, 44, is one consumer going through such an experience.

Ngam, who was studying towards a doctorate in human studies at Wits University, said he was a subtenant of unit 71 at Macanudo complex in Strubens Valley, west of Johannesburg.

He paid his rent to the main tenant, who in turn did not pay it to the estate agent, causing arrears to accrue every time he defaulted. "I then negotiated with Maria Garcia of Only Realty to take over the lease agreement as I was the one paying the rent anyway," he said.

Molobele, a property speculator, was the owner of the property and sold it to the Mhlungus as the seller, not as an estate agent.
Opinion
1 year ago

Garcia came with a contract which they both signed. As he was a new tenant, Garcia should have taken a list of the defects before she handed over the keys to him.

Ngam's tenancy ended this month and when he asked for his deposit refund he was told it would be used to repair, repaint and clean the dwelling he left dirty.

Ngam said when he took over that lease, Only Realty did not repaint the dwelling.

" They did not inspect the flat and there was no report about what needed to be fixed and what didn't, so they cannot blame me for what was damaged during the stay of the previous tenant," he said.

Ngam said he signed the lease agreement in his living room, so Only Realty knew the exact condition the flat was in when he moved in.

He said he sent two e-mails to Garcia to inspect it before he moved out but she never showed up and ignored his e-mails.

He then paid a cleaner to clean the apartment but Garcia took the key, making it impossible for the cleaner to do what he was paid for, Ngam said.

Ngam said Garcia wants him to pay for the window broken under the previous tenant's occupation.

"The bath tub head was fixed in 2013. The lease was not in my name. The tap in the hand sink was not working when I took over that flat," he said.

Garcia said Ngam was sharing the rental unit with another man before Only Realty received the mandate to take over management of the unit.

"The previous tenant vacated the unit due to financial constraints and Roland requested to rent this unit independently and pay the full rental. A new lease agreement was drawn up in Roland's name."

She said the only damage noted which is still damaged is the bathroom window.

Sarah Nicholson, a commercial manager at Justmoney, said tenants must understand the rules and regulations about leases, particularly deposits.

Nicholson said according to the Rental Housing Act 50 of 1999, tenants are not legally obliged to pay a deposit. A landlord, however, is legally allowed to ask for one.

"The law does not specify the amount of the deposit, so it is agreed upon by both parties," she said.

Generally, it is a full month's rent, although some landlords ask for two months' worth to safeguard them against damages and tenants leaving before the end of the lease.

"Importantly, the deposit must be held in an interest-bearing account with a financial institution; and even if the landlord fails to invest the deposit in this way, it is legally treated as if it had been correctly invested and had earned interest while it was being held by the landlord," she said.

At any time during the lease period, a tenant may ask for written confirmation of the interest accrued on the deposit.

"An easy and efficient way to handle this is to open a separate savings account for a tenant's deposit. Check that it offers a competitive interest rate while being flexible.

"There should not be stiff penalties that would wipe out the interest should you have to withdraw the funds earlier than you expect - for example if your tenant gets a new job in another city and you both agree to an early cancellation of the lease."

She said at the start of the lease the owner and the tenant must do a joint inspection of the property and put the findings in writing.

The Rental Housing Act outlines the time periods within which the deposit needs to be paid back to the tenant after the lease has expired:

"Tenants should keep in mind that they do not use the deposit as rent for the final one or two months," said Nicholson.

Mohlala out to get bad landlords

If you are a landlord and a repeat offender who keeps cutting off water, electricity and locking out tenants, woe unto you: the Housing Tribunal is ...
News
3 years ago

The last time tenants of Houghton Gardens, a block of flats in Yeoville, Johannesburg, had a working lift was eight years ago. A recent decision by ...
News
5 years ago

Legal Aid joins eviction battle - tenants out on the street

LEGAL Aid South Africa will investigate the alleged hijacking of houses and illegal evictions of tenants in Turffontein, Johannesburg. In the past ...
News
6 years ago
Next Article