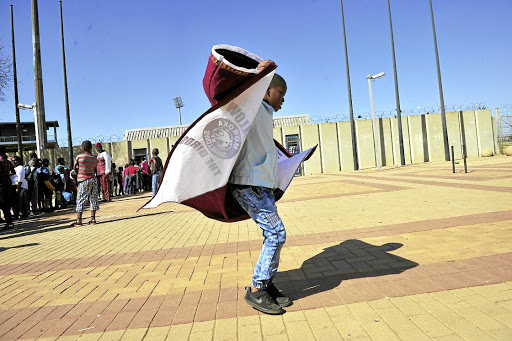 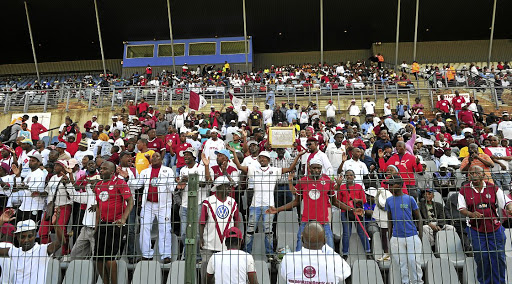 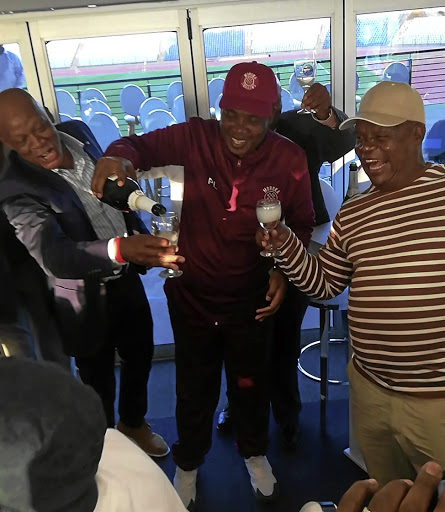 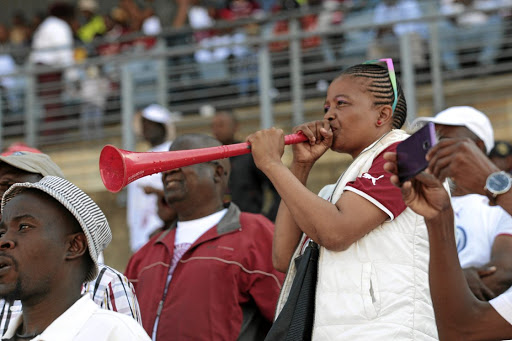 It was a day that many of the older generation of football lovers thought they would never live to see: the return of the beloved Moroka Swallows to professional football.

The Dube Birds played their first professional match on Saturday after three years in the proverbial wilderness.

Although Swallows were held to a 1-1 draw by TS Sporting, to the 3,000 odd spectators who came to witness the occasion at the Dobsonville Stadium, the result on the day did not matter much.

"From where we come from in 2015 I did not think this day would come," Swallows supremo Panyaza Lesufi said.

"From the first day Leon Prins [former owner] called me to say 'chief take this club I'm bankrupt' to what I saw [today] is very emotional. I actually didn't want to come because I knew I would be this emotional."

Lesufi said SA football was not the same without Swallows. The resurrected club has established an ownership structure that gives a shareholding to the fans.

"We want to change how football is run in this country. This team is owned by the supporters. If you check Barcelona and other teams in Europe that is the way to go," Lesufi said.

The period between 2015 and 2017 saw one of the most dramatic downward spiral in SA football as the club was sucked into oblivion.

Swallows are back after purchasing the status of Maccabi FC. It is understood that the status cost Swallows R8m -much of it raised by Lesufi and businessman David Mogashoa.

Swallows FC are expected to announce officially on radio at on Thursday evening that they have bought the National First Division (NFD) status of ...
Sport
2 years ago

"This thing has made me poor. I am now broke. That's why I had to get a businessperson who loves Swallows to take over," Lesufi said.

For now, the club will use the name Maccabi until they get a clearance from Fifa.

In 2015, Swallows were relegated from the Premier Soccer League to the second-tier National Football Division.

The following year they dropped further down to the ABC Motsepe League and then later to the amateur SAB League.

Legends of the club and SA football at large graced the occasion at Dobsoinville Stadium on Saturday. Heroes of yesteryear including Ephraim "Shakes" Mashaba, Jomo Sono, Trott Moloto, Kagiso "Zero, My Hero" Mogale, Finkie "Mathousand" Sekete and Alfred "KK" Lentsoane were among a crowd of some 3,000 that would shame many a hosting club in the PSL.

Legend of the 1970s and 1980s, Sekete reminisced about the past and admitted that he's carried a pained heart after Swallows' demise.

"This club means a lot to many people. SA football wouldn't be where it is today if it wasn't for Moroka Swallows."

As he focuses his attention back to government and the ANC, Lesufi has left the club in the hands of a brains trust of Mogashoa (chairman), Sipho Xulu (CEO), Fani Madida (technical director) and Zeca Marques (head coach).

Having risen from the ashes like a phoenix, the hope is that the Birds will once again soar to greater heights.