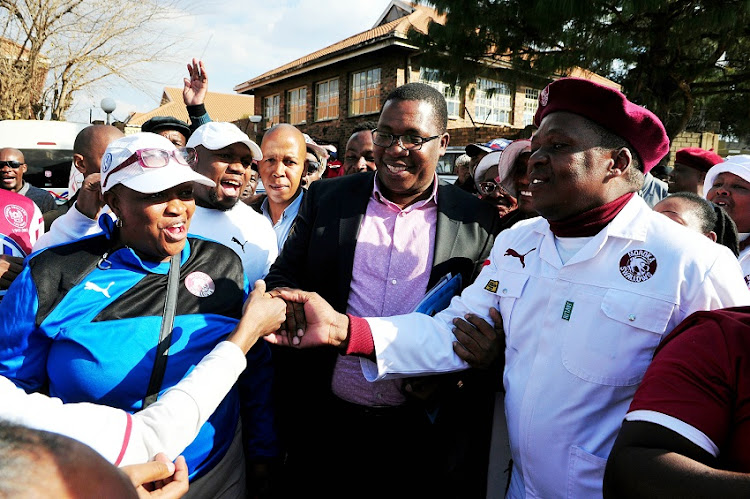 Swallows FC are expected to announce officially on radio at on Thursday evening that they have bought the National First Division (NFD) status of Soweto club Maccabi FC.

This will see a return to professional football for the famous brand of Moroka Swallows‚ who have plunged the depths of lower-tier soccer since their relegation from the Premier Soccer League (PSL) at the end of the 2014-15 season.

Gauteng Education MEC Panyaza Lesufi‚ who has been behind numerous efforts to restore Swallows to top-flight football‚ would not confirm or deny to SowetanLIVE the purchase of Maccabi on Thursday.

He would only say: “I have an embargo until 6pm. Speak to me after 6pm.”

However‚ Lesufi posted on Twitter that either he‚ or someone else from Swallows‚ will make a major announcement on Robert Marawa's Marawa Sports Worldwide radio show on Radio 2000 and Metro FM at 6pm.

The official @MorokaSwallowsFC account posted on Thursday: “Good Morning. Beautiful Birds.we will be on @robertmarawa’s show at 6PM tonight. Please tune in”.

Maccabi owner Alan Norman has been quoted in media reports as confirming he has sold the club. Norman could not be reached for comment by SowetanLIVE on Thursday.

Swallows FC failed in a bid to by the NFD status of Cape Town All Stars in June last year.

Stars were sold to former agent Tim Sukazi‚ who formed the new team TS Galaxy‚ who beat Kaizer Chiefs in the Nedbank Cup final in May‚ and finished eighth in the 2018-19 NFD.

Swallow were relegated as low as the strictly amateur SAB League in 2017‚ but have since returned to the third-tier ABC Motsepe League.