Safa must cast their net wide 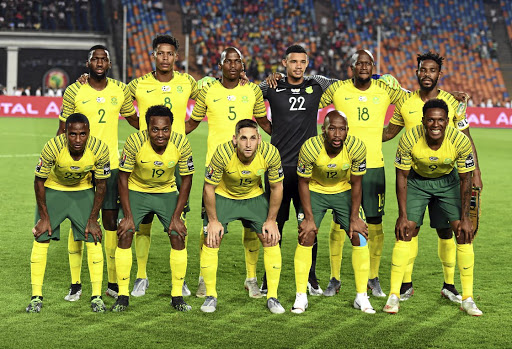 It's been a rather hectic week in South African football circles as far as newsworthiness goes.

National First Division (NFD) club Maccabi divulged they have sold their status to the now almost defunct Moroka Swallows, to the joy of the die-hard supporters of the Beautiful Birds.

A revived Swallows will campaign in the new NFD starting in two weeks time, with a league sponsor and lucrative prize money for the championship winners.

Former Bafana Bafana and Kaizer Chiefs keeper Brilliant Khuzwayo, now with Orlando Pirates, announced his premature but heart-wrenching retirement from football after a recurring ankle injury. Khuzwayo had not even taken to the field in an official game for Bucs after a year's stint.

Hours before the kick-off of the PSL's Premiership season, the SABC confirmed they had not secured the rights to broadcast the league matches. Another TV rights impasse.

But the cherry on top, and biggest bombshell of all, was the stepping down of Bafana coach Stuart Baxter, who fell on his sword.

I've said it before on this platform and will say it again, there was no way Safa and Baxter would have seen eye to eye going forward after the coach had showed so much disdain and disregard of Safa.

A fiery Baxter has on numerous occasions throughout his second stint lashed out at his critics, including the media for their lack of football knowledge. He was often heard saying: "I'm not desperate for a job".

Allegations are just that until proven
Sport
2 years ago

This column saw lights flashing as early as February, indicating that Baxter's days at Safa were numbered.

Many believe he is headed for Amakhosi's Naturena base, where his son Lee is the goalkeeper coach. That much said, the nation is divided down the middle about the coach's decision to call it a day.

Some are singing the tune "good riddance to bad rubbish" while others believe the coach did a good job by taking the team to the Africa Cup of Nations (Afcon) in Egypt, despite the qualification and Egypt pool matches' nightmare. Remember, we also missed the Russia 2018 plane.

With the 2021 Cameroon Afcon and 2022 Qatar World Cup qualifiers looming large in November, time is not on Safa's side to find a coach, either locally or abroad.

Again, many are of the view a suitable candidate should be a local man with an understanding of SA players and "our style of football". For the umpteenth time, Pitso Mosimane, Gavin Hunt and Benni McCarthy's names have been bandied about. Former Bafana coach Steve Komphela's name was this week thrown into the hat.

My take is the coach should be a man, even a woman, to please the gender activists, with vast experience in African football, so the trio, except for Mosimane's CAF Champions League safari, are out of contention.

A number of coaches with an understanding of African football, as well as Afcon and World Cup experience are out of jobs, following their sacking after Egypt 2019.

Safa's own criteria of selecting a coach has a clause stating that the coach must be knowledgeable about continental football. However, Safa went against its own statutes when "one man" decided on Baxter.

Safa must fast take us out of this football quagmire by swiftly canvassing as much ideas as they can, even from past Bafana players, on who should lead the national (asset) team.

It's Safa's call, once more.